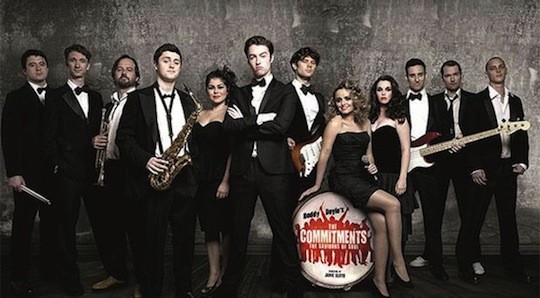 Denis (front with arms folded) as Jimmy Rabbitte in The Commitments.

A Donegal actor has landed the lead role in the West End adaptation of The Commitments.

The lead role of Jimmy Rabbitte, the band’s manager, will be played by Stranorlar student Denis Grindel.

Denis, 22 almost joined a law firm after studying for a law degree.

But at the last moment he decided to audition for drama school.

The actor beat off hundreds of hopefuls to land the role, which will see him make his West End debut.

Denis is still working on his drama school dissertation in between the show’s hectic rehearsal schedule.

The show will preview next month before beginning its full run in October.