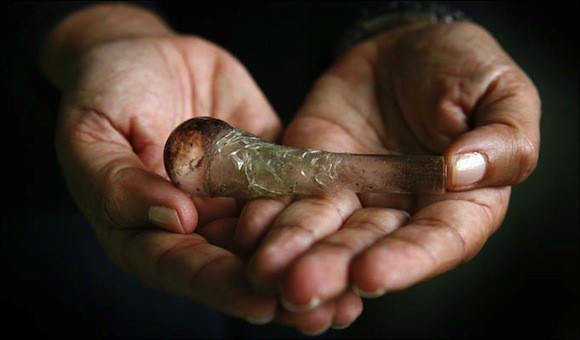 COMMUNITY ALERT: CRYSTAL METH BEING SOLD TO CHILDREN IN DONEGAL

COMMUNITY ALERT: PARENTS have warned the public to be aware that drug dealers are now selling the highly addictive drug crystal meth to children here in Co Donegal.

The drug is more powerful and more addictive than crack cocaine.

Two teenagers used the drug in Buncrana at the weekend.

Local Sinn Féin councillor Ciaran McLaughlin said he was contacted by parents who wanted to warn others that the drug was freely available in the town last weekend.

He has passed the information to Gardaí in the town.

Cllr McLaughlin told Donegal Daily: “I received two phone calls on Sunday evening from two very worried mothers, saying that their teenage daughters had taken the drug the previous night and said it was rife at the night club.

“Both mothers did not want to be identified and asked if I would contact the gardai on their behalf. Parents should be made aware of these awful destructive drugs and their side affects.

“Crystal meth comes in the form of white ice crystals and can be smoked like crack through a pipe.

“It’s a powerful form of speed that produces a rush that can last up to 12 hours, but includes a debilitating crash afterwards. The resulting crash drives users to take more of the drug to feel better.”

Experienced and respected drug worker Father Peter McVerry warned: “Crystal meth has destroyed whole communities in America, and it is about to do the same here. Every drug that comes along seems to be worse than the last one.

“Crack cocaine was taking a hold but now its crystal meth and that to me is 10 times worse than crack.”

Cllr McLaughlin continued: “I have passed on the information to the gardai and I would ask anyone with information to do like wise so that the gardai can swiftly make arrests and clean up our nightclubs for our young people, who can enjoy themselves on a night out and that parents can have one less issue to worry over.”