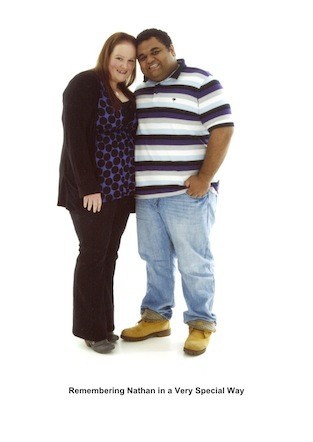 A heartbroken woman whose husband-to-be died just a week before their wedding is to honour his memory on their first anniversary.

Nathan Wilmot collapsed and died in October last year, just days before he was due to marry his sweetheart Michelle O’Donnell.

Tragic Nathan, from Glencar, Letterkenny, suffered a fatal asthma attack and died on October 27th as he prepared for his wedding on November 2nd.

Now Michelle is to remember Nathan, who was just 27, in a special way.

With the help of family and friends she would like to raise awareness of the seriousness of asthma and alert people to be vigilant of the dangers that can occur.

Michelle said that although Nathan had asthma as a child he did not have any problems with asthma in recent years.

She wants to raise funds for the Letterkenny General Hospital and the Asthma Society of Ireland by organising a very special day charity football match that will cater for both Soccer and Gaelic fans in MacCumhaill Park, Ballybofey on Saturday 26th October 2013 and kick-off is at 6.30pm. 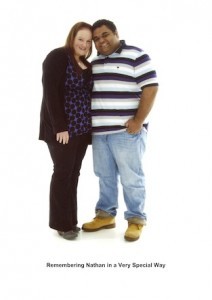 Michelle and Nathan in happier times.

The events takes place at Sean MacCumhaill Park, Ballybofey on Saturday 26th October 2013 and kick-off is at 6.00pm.

A Donegal Team Shirt signed by all the 2012 winning team will be raffled on the day and the winner will be announced at the presentations along with other prizes.

Presentations and refreshments will be served afterwards in the clubhouse.

Your support for this worthwhile cause will be greatly appreciated.