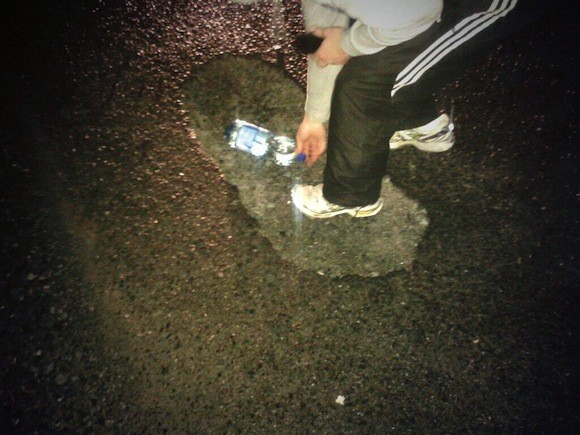 GAA star Paddy McGrath has blasted Donegal County Council – over a pothole that almost put him off the road.

The Ardara man took to Twitter last night, showing a picture of the pothole which blew a tyre and wrecked a wheel on his car.

“I was driving from Fintown to Letterkenny at the time and I hit the pothole and the tyre just burst.

“I’m told I’m not the first to hit it and it makes you wonder why you pay all these taxes. It’s just a disgrace.”