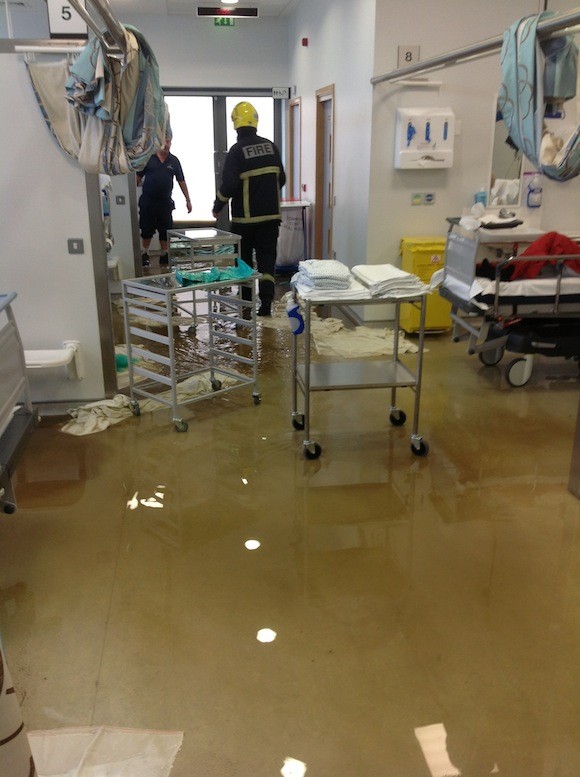 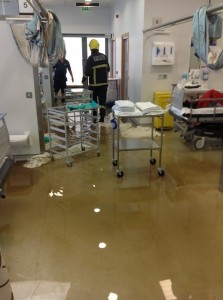 A FORMER Mayor has called for a full public inquiry into the ‘crisis’ at Letterkenny General Hospital.

Independent Cllr Frank McBrearty Jnr has asked Health Minister James Reilly to examine “all issues’ at the hospital which was overwhelmed with patients this week.

All those PRAISED staff for putting up with the conditions, battling on against all the odds.

In this article for Donegal Daily today Cllr McBrearty said everyone supports the staff at the hospital.

But he says it would be wrong not to challenge the cutbacks and investigate the flood at the hospital and what has happened since.

I would first like to take this opportunity to express my gratitude and sincere thanks to all the staff and volunteers who have helped save LGH from the brink of sinking into the abyss.

I have been silent on this crisis to date, but I’ve been watching what has unfolded with interest until now. I feel it is my duty to ensure that as a member of the HSE Western Forum and as a public representative that the tax payer has value for money and that there is accountability for the disaster that has happened to Letterkenny General Hospital. I am amazed to hear some of the waffle coming from our national politicians and a small number of local politicians on the disaster and crisis that has hit our county.

The contributions made by some politicians have not fooled the public, nor have they solved any of the problems with the hospital services which have been severely damaged by this disaster. Shortly after the crisis began Solicitor Seamus Gunn of McCloughan, Gunn & Co. Solicitors gave his opinion on Highland Radio as to what should happen.

His opinion was that the Government should establish a Public Inquiry. When a full independent judicial public inquiry is established the people of Donegal need to demand a proper set of terms of reference that will leave no stone unturned. This will ensure that people will be held to account, and more importantly it will teach us the lessons which will stop this type of disaster ever happening again.

Many unanswered questions need to be addressed, and one of the questions being asked is this: Was the procurement and tendering guidelines, which are set in legislation, adhered to ensure that the hospital adheres to HIQUA standards? It is my opinion that where millions of taxpayer’s money is being spent it is imperative that accountability and safeguards are in place to ensure that correct procurement procedures are followed.

We must not forget the trojan work done before this disaster by community groups who fought and insisted for many years that LGH would prevail and deliver services that other parts of the country had for many years previously.

Many questions are being asked, but sadly they are not being answered.

A that needs to be asked and answered is WHY did this happen and who is ultimately responsible?

We have a building right across the road known as the old St Conal’s Hospital and I am asking would the millions presently being spent on private rental facilities not have been much better spent on upgrading this old fantastic building which would be a major asset to the county into the future and after services have been transferred back to the general hospital in two years’ time?

I believe in the region of over 40 million euro will be needed to bring the hospital back to the standards we had prior to this disaster. Accountability is the word that comes to mind.

We hear all the time political waffle about accountability and value for money, but what we don’t see or hear is progress and lessons being learned.

I’m calling on all the unions and the people of the County to organise a protest Rally in Letterkenny in order to highlight the crisis that our hospital faces into the future. We must ensure that the level of services which were there before this disaster are maintained and that those services are improved on each year into the future.

Finally, and once again, I want to commend all the staff at LGH for their dedication, hard work and commitment to the hospital in very difficult circumstances during this continued crisis. They are an example and credit to the people of this county. We must protect our hospital, the sick, the elderly and the most vulnerable in our society. We must protect the medical staff who work there and given them the resources – and yes – the extra nurses and doctors which are needed.

If we don’t stand up for our hospital, no-one else will,