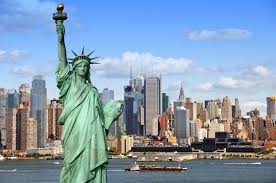 Sinn Fein today opposed plans for the March trip – but all other councillors refused to oppose the trip.

The mayor, an independent councillor, will be joined on the trip costing €5,000, by the deputy Mayor Cllr Michael McBride.

Councillors insist representing the county in the Big Apple is good for business and tourism.

However Sinn Fein say the money would be better spent here in Donegal.