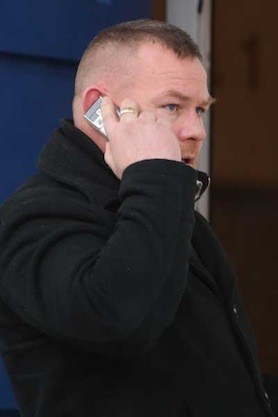 MAN WHO STABBED BROTHER-IN-LAW AT CHAPEL IS JAILED 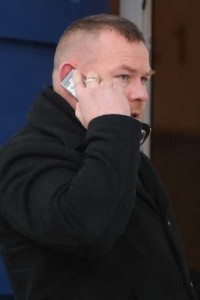 Ward was found guilty of assault causing harm after he stabbed his brother-in-law.

A MAN who stabbed his brother-in-law as he arrived for a memorial Mass has been jailed for ten months.

Martin ‘Mattress’ Ward stabbed Michael McDonagh – who is married to his sister –  in the grounds of the Church of the Irish Martyrs in Letterkenny on June 26th, 2012.

Letterkenny District Court had heard how Ward, 33, tried to stab Mr McDonagh up to a dozen times through the window of his car

Mr McDonagh, his wife Ann and their children arrived at the second anniversary mass for Mrs McDonagh’s late brother-in-law Charlie who had drowned.

However just seconds after leaving his wife off to the front door of the church, Mr McDonagh was attacked.

The father-of-six eventually struggled out of the passenger seat of the Ford Galaxy car and ran to a nearby shop where the shop-owner locked him in a room until the Gardai arrived.

Mr McDonagh claimed the issue had arisen following a previous dispute the accused had with his brother John Joe.

The victim said he feared for his life saying he still finds it difficult to get over his ordeal.

“It’s hard to get asleep at night thinking about someone stabbing you through a window,” he said.

Martin Ward, of 45 Ard Na Ri, Letterkenny, claimed he was nowhere near Co Donegal on the day of the alleged stabbing.

He claimed he was hunting hares and rabbits with a friend in Thurles where he was living.

Today Judge Paul Kelly, who had heard the case, refused a request from defence solicitor Patsy Gallagher for Ward to be dealt with by way of a suspended sentence or community service order.

Mr Gallagher said the family dispute had erupted out of a trivial matter over who had bought a pint in a pub several years ago.

Garda Inspector David Kelly said he was concerned that Ward would carry out such an attack sparked by a trivial matter.

Judge Kelly said the attack had been “vicious and unprovoked” involving “the use of a deadly weapon.”

He said only a custodial sentence was appropriate considering “the aggravated circumstances of the attack.”

He sentenced Ward to 10 months in prison.

The matter has now been referred back to the Circuit Court where Ward was given  a one year sentence, suspended for 7 years, in 2008 for a previous assault.