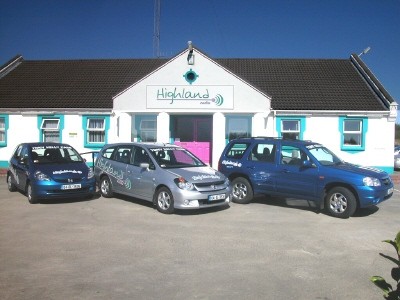 A JUDGE has adjourned a bid by Highland Radio for a new bingo license which will see the station end its partnership with the charity Rehab.

Letterkenny District Court heard the station wants to form a new partnership which would see some of the money from a new on-air game go to the Donegal Hospice instead.

Highland Radio would earn €52,000 per year from the joint venture, Judge Paul Kelly was told by Hazel Russell from the station.

Ms Russell told the court that the station would charge €25 every time bingo numbers were read out, and this happened eight times per day. This would amount to €1,000 per week as bingo was played five times per week.

She said that due to the recession current bingo book sales have been “diminishing” and she felt that partnership with a local charity may increase this again.

Ms Russell told Judge Kelly that a new company would be established to run the bingo game. This would have charitable status.

The current bingo license, she said, was owned by Rehab, and the new company wanted to take it over from April.

Judge Kelly said however that he needed a reassurance that no more than 40% of the money raised from the bingo could be spent on administration.

“I need some more clarity to see how this is going to work,” said the judge.

He adjourned the application, asking Highland Radio to provide a breakdown on how much money would actually go to the Donegal Hospice after the costs of reading out the bingo numbers and printing and distributing bingo books were added up.