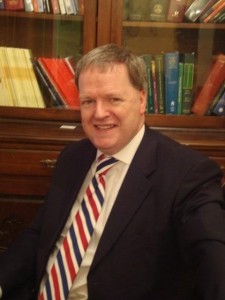 A CRIMINAL behind a ram raid on a shop and who appealed to have his prison sentence reduced has had it INCREASED instead by a judge.

Bernard McGinley was part of a notorious gang from east Donegal behind raids in different parts of the county.

The 25-year-old drove a car into the front of a petrol station in St Johnston.

But Gardai managed to trace the 26-year-old father-of-one after his license plate fell off at the Foyle View Service station in Dundee, St.Johnston on December 2nd, 2010.

McGinley and his gang robbed a cash register drawer containing €200 and an Eircom payphone during the 7am raid.

They also managed to identify McGinley who was wearing the same clothing from the CCTV and also the same jewellery.

A court last March heard that €4,000 in damage caused to the garage during the raid had not been paid back.

In a separate incident in June 2012, McGinley was caught trying to steal a car on the Milford Road, Kilmacrennan. He was also in possession of a 10-inch hunting knife.

McGinley had a number of previous convictions for drink-driving, car theft and failing to stop for Gardai.

Judge Paul Kelly jailed McGinley for nine months, with several concurrent sentences, on all the offences – but McGinley appealed to the Circuit Court to have the sentence reduced and he was released on bail.

When told the details of the case Judge Keenan Johnson said that rather than reducing the sentence he was going to increase it.

“Ram-raiding is about as bad as it gets. It’s far too prevalent in this country and the courts have a duty to punish people who do this,” said Judge Johnson.

He affirmed the nine month sentence handed down by Judge Kelly, but added two more three-month sentences, to run consecutively – giving McGinley a total of 15 months behind bars.

The judge told a solicitor that McGinley had taken “an enormous risk” in appealing what had been a “more than fair”sentence.