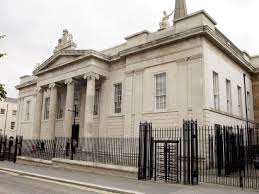 A 30-year-0ld Donegal man is awaiting sentencing after pleading guilty at Derry Crown Court to injuring a child and a woman in a hit-and-run incident on a Co Derry beach last year.

Paul John Doherty, of Ballynahone, Fahan in Co. Donegal, pleaded guilty to seven charges relating to an incident in which a mother and her child were injured when struck by a red BMW on Benone Beach on 21 July.

Doherty admitted two charges of dangerous driving on the beach and at Seacoast Road, Limavady.

He also pleaded guilty to driving with excess alcohol, failing to stop at, report and remain at an accident in which injury had occurred.