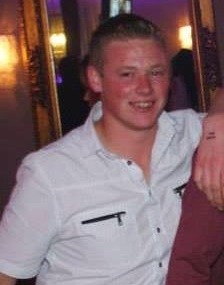 A TEENAGER who didn’t have a full drivers’ license was caught doing 100mph on his way home to see his girlfriend.

Farmer Stanley Eaton, who is 19, was stopped by Gardaí in townland of Sharon, Glebe, Newtowncunningham on February 13.

Defence solicitor Frank Dorrian agreed with Judge Paul Kelly that the reading of 160km/hr was the equivalent of 100mph.

Eaton had a learner’s permit, was not accompanied by an experienced driver and hadn’t displayed ‘L’ plates on his car, the court heard.

“It was a case where he was driving from Tipperary on a long journey, was almost home and on his way to see his girlfriend,” said Mr Dorrian.

“This incident occurred on a long stretch of straight road and he had allowed his speed to creep up.”

“He is the youngest of six children and no-one from the family has ever been before the courts before and in that sense it is something of an aberration for the family,” said the solicitor.

Judge Kelly told Eaton that he was “a very lucky man” that Gardaí had caught him speeding when they did before an accident happened.

He fined Eaton a total of €400 and told him he must sit a driving test.

Eaton said he hoped to do so in “the next couple of months.”