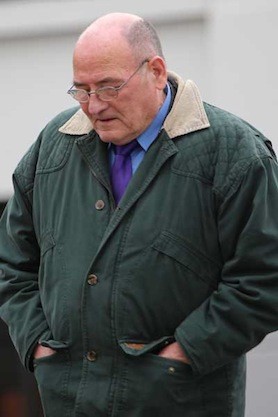 A retired farmer accused of sexually abusing his nephew said he would have shot himself if he thought he had committed the offence.

Retired farmer Sam Cunningham denies he was event at house in Downings during alleged assault.

Samuel Cunningham, 66, is accused of four counts of sexual assault against his then 14 year old nephew at a holiday home in Co Donegal in 1993.

The alleged victim, Patrick Cunningham, now a 35 father-of-four, claims he was assaulted when he went to do repairs with his uncle on the holiday home at Rosguill, Downings.

Patrick Cunningham says he was fondled and that his uncle performed oral sex on him at the farmhouse.

However Samuel Cunningham stressed “There is no way on this earth I would have done that to any young person. If I thought I had done that I would have taken myself out the back and shot myself.”

The alleged victim, who waived his right to anonymity, claims the alleged sexual assaults were sparked when water was splashed on his trousers when they were fetching water from a well.

“He told me to take off my clothes because I would get a flu. He then made a makeshift bed on a sofa.

“He said there were only a few blankets in the house and told me to get in beside him,” he said.

Sobbing in the witness box at Letterkenny Circuit Court today, he said he counted flowers on some curtains and thought of his dead grandfather to block out the pain and stop himself getting an erection.

Patrick Cunningham said he kept the assaults to himself until a number of years later when he told his cousin Seamus.

He said he became introverted after the alleged assaults.

He also partially blamed the assaults for falling in with the wrong crowd and eventually being convicted of two armed robberies in Northern Ireland.

However the accused, Sam Cunningham, denied that any such assaults ever took place.

In fact, the retired farmer from Glenside Road, Dunmurray in Belfast, said he always spent the New Year period at his late wife Rose’s family home in Cavan.

He alleged that his own son Francis along with the alleged victim Patrick and his cousin Seamus had now formed a “team”.

“This is the worst thing I have ever witnessed. The devastation to the family who have been turned upside down has ben unbelievable.

“The only thing I can think of is that the want to keep me away form my farm,” he said.

A niece of Mr Sam Cunningham, Mrs Doreen Robinson, said she does not believe the holiday home was even in the possession of the family claiming it had been sold in 1992

She also said she not believe the allegations against her uncle.

“I don’t believe it. A paedophile does it over and over again and doesn’t stop after just once,” she said.

The trial before a jury of eight men and four women continues before Judge Keenan Johnson on Tuesday next.

ALL COMMENTS ON THIS TRIAL WILL NOT BE PUBLISHED AS THE CASE IS ONGOING.

RETIRED FARMER SAID HE WOULD HAVE SHOT HIMSELF IF HE THOUGHT HE ABUSED NEPHEW was last modified: April 5th, 2014 by Stephen