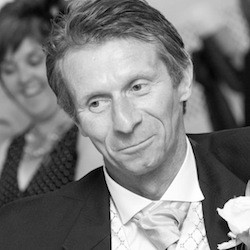 A WOMAN accused of killing Bundoran surfer Mr Alan McSherry, 48, in a hit-and-run collision last August has been charged with dangerous driving causing his death.

Lisa Roohan, from Boyanagh, outside Ballyshannon, has been accused of the offence which occurred on the 25th of August last year.

Jo McSherry, had gone to collect her husband who had been out with friends, but instead found Alan dead on the roadside just outside Bundoran.

Mr McSherry, who was 48, was walking the two miles from Bundoran to his home in the townland of Boyannagh when he was hit by a car.

Judge Kevin Kilrane remanded her on bail to the same court on June 20 for service of the book of evidence.

Inspector Denis Joyce told him Roohan had surrendered her passport to Gardaí.

Roohan is set to appear before the court on separate driving charges linked to the incident on Friday this week.

The couple, from Birkenhead near Liverpool had been living in the Bundoran area for 13 years, both had a passion for surfing, and Mr Sherry was affectionately known locally as ‘Handy Al’.

Before Mr McSherry’s body was returned for burial to Birkenhead, surfers from Bundoran paddled out to sea with flowers in their own special tribute to their late friend.