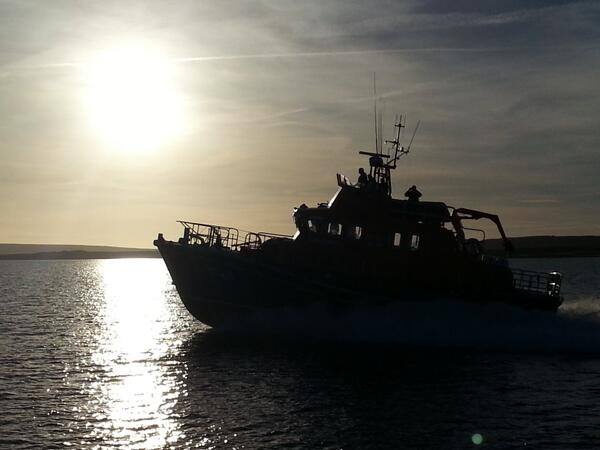 COAST Guard and RNLI crews have rescued two people found drifting in a small boat off the Co Donegal coast.

They were in a 14-ft punt boat – but the engine had broken down and one of the oars was broken.

A Coast Guard spokesman said its station at Malin Head responded to a mayday call on Thursday evening.

Arranmore RLNI lifeboat was despatched to the scene, between six and seven miles off shore.

“The Rescue 118 helicopter from Strandhill responded and located the vessel around 5pm and was able to guide the RNLI crew,” said a Coast Guard spokesman.

The couple were taken aboard the Arranmore lifeboat and taken ashore. The punt boat was towed inland to Black Point.

The two people were unhurt and didn’t need any medical treatment.

Sea conditions were calm at the time.