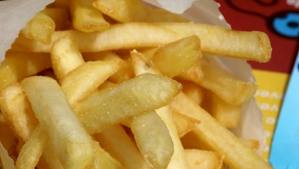 A row over a bag of chips led to Fianna Fail Senator Brian O Domhnaill being hospitalised after he was attacked on a bus.

The row erupted over a bag of chips.

The politician was one of a number of passengers on a late night bus leaving off passengers around West Donegal.

However a row broke out on the bus leaving Senator O Domhnaill receiving a blow to the head for which he later received eight stitches in hospital.

Letterkenny Circuit Court heard today how a lot of drink was taken by many of those who had got on the bus heading to Gaoth Dobhair on August 22nd, 2010.

Before the court was construction manager Cathal O’Donovan who pleaded guilty to assault causing harm to Mr O Domhnaill.

Defense barrister Sean MacAoidh said there was a certain bartering system going on as O’Donovan and his friend, who were both married to two local sisters, were getting on the bus.

He claimed Mr O Domhnaill had tried to get a takeaway but the chip shop had been closed.

However Mr O’Donvan, 45, and another man had managed to get some chips and that Mr O Domhnaill had said he would get them onto the bus and have them left home in return for food.

However, Mr O’Domhaill denied this ever happened, the court was told.

A general altercation took place after O’Donovan, who is originally from Cork but living in London, and his friend were taken off the bus.

O’Donovan managed to get back on the bus and struck Senator O Domhnaill, of Killult, Falcarragh, on the head.

It was also claimed that Senator O’Domhnaill tried to kick the accused through a sliding door on the bus.

Garda Sgt Rory Harrison said he interviewed bus driver Joe Alcorn who said O’Donovan, of 8 Milner Walk, New Eltham, London, and his friend were acting in a very aggressive manner on the night.

Defense barrister Sean MacAoidh said O’Donovan was due to be dropped off at a house they were staying in locally while attending a christening.

However the bus passed by the house leaving the bus a long distance away from where they were staying.

Gardai interviewed O’Donovan the following day but he initially denied the assault.

He also suffered a broken nose and two black eyes, according to his barrister.

Mr MacAoidh said his client had no previous convictions and was a father of one with another child on the way in London where he lived.

He said he was not proud of his actions but that it had occurred in a certain context when a lot of drink was taken by many involved.

Judge Matthew Deery asked if O’Donovan had any money he could offer by way of compensation to the injured man.

A sum of €1,000 was offered which was accepted by Judge Deery.

He also imposed an 18 months jail sentence on O’Donovan which he suspended for two years and also ordered him to keep the peace for that time.