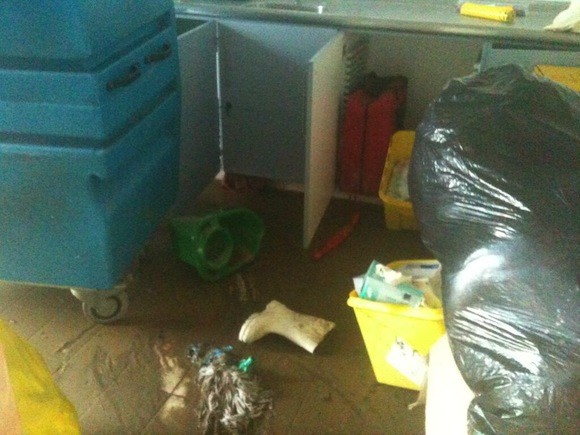 Letterkenny General Hospital staff have been asked to hand in receipts for clothing destroyed in the hospital flood – a year after the event. 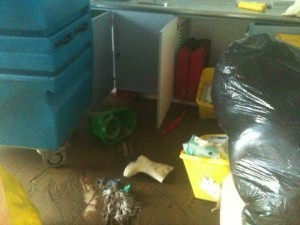 Many personal items were destroyed in the flood.

Staff had been promised they would be compensated for damaged shoes, clothing and items they had in lockers during the flood of July 2013.

Donegal Daily recently revealed how many of the staff had still not received their compensation after being asked to submit claims several months ago.

But now we have learned that management have asked workers to supply receipts for any purchases made for new clothing from several months ago.

Following out disclosure IMPACT trade union spokesman Richie Carruthers slammed the failure of the hospital to pay the refunds to staff.

One worker told us that staff feel like they are being punished despite coming in and working for free at the hospital on the night of the flood.

“It’s a real slap in the face. You are only talking a few euro each. The rebuild has cost up to €40million. People are angry.

“Who keeps receipts for a pair of trousers or a pair of shoes which they bought a year ago?” he asked.