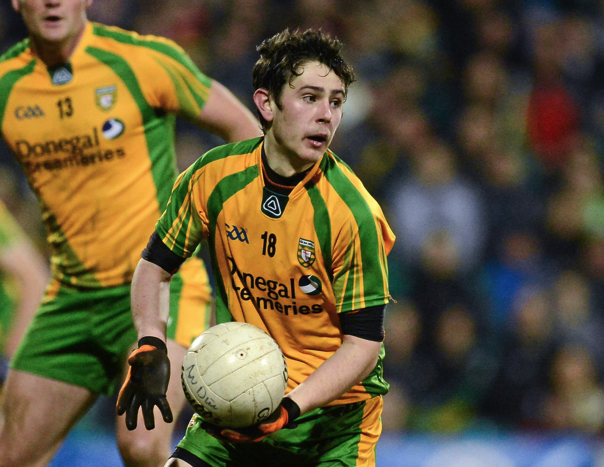 Donegal’s senior footballers produced one of their greatest ever performances to defeat “unbeatable” Dublin in their All-Ireland semi-final clash at Croke Park and keep alive the hopes of an historic double for the Tir Chonaill county.

Having earlier watched Declan Bonner’s Donegal minors reach their first ever All-Ireland final, Jim McGuinness’s men put in a stunning performance to defeat the reigning champions and red hot favourites to retain Sam Maguire on a day that will live long in the memory of fans of the Ulster champions.

After a shakey start Donegal fought back with two goals for Ryan McHugh and Colm McFadden to send shockwaves through the Croke Park foundations, winning by an astonishing six points.

Donegal got off to the a great start, Colm McFadden firing over a free in the first minute to put the Tir Chonaill men ahead.

However, Dublin were three ahead within four minutes, putting over four unanswered points.

Karl Lacey put over a lovely point in the 13th minute to settle the nerves but Dublin hit back with three unanswered points to open up a five point advantage in the 20th minute.

Michael Murphy kept his nerve to successfully convert a free in the 21st minute to keep his side in touch.

Funston and Kavanagh exchanged points before Durkan got down brilliantly to push out what looked an almost certain goal from Connolly.

Connolly made amends with an excellent point which was followed by two unanswered points for Donegal to put three between the sides in the 28th minute.

Murphy had an excellent chance to reduce the arrears but his weak shot from 20 yards fell tamelessly short.

But he made up for the miss with an excellent long distanee point immediately afterwards.

Ryan McHugh put Donegal ahead when he took advantage of poor Dublin defending when slid the ball to back of the net two minutes from the break.

A late Dublin point saw Donegal switch ends with a one point advantage.

McHugh sent the Donegal fans estatic two minutes after the start of the second with his second goal of the game before he tore through the Dublin defence to set up McFadden who put over the bar to put five between the sides.

Dublin hit back with two unanswered points but a brilliant team move ended with  Frank McGlynn putting Donegal back in front by four points on a scoreline of 2-10 to 0-12 in the 44th minute.

The Donegal fans were in dreamland in the 46th minute when another brilliant Donegal team move was finished off with McFadden waltzed the ball to the back of the net to open up an unthinkable seven point lead.

McFadden put over another free to put his side eight ahead.

Unanswered points from Connolly and Brogan saw the shell-shocked Dubs reduce the deficit to six points with 20 minutes remaining.

McHugh was denied what looked almost certain hat-trick when Dublin keeper Cluxton produced a brilliant one-handed save to push his shot over the bar.

Two more points saw Dublin continue to nibble away at the lead, reducing the deficit to five points with 14 minutes remaining.

After Walsh replaced McGee, who was black carded, two points from Paddy McBrearty made it a seven-point game in the 64th minute.

However, by then Dublin – who added a late consolation point –  were “broken” and when they final whistle sounded  the Donegal celebrations brought back memories of that All-Ireland win two years ago.