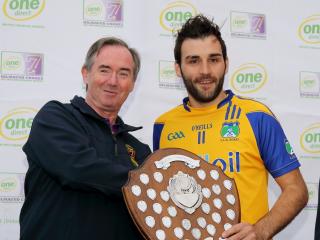 Burt’s hurlers have won a Kilmacud Crokes Sevens trophy for the first time in their history.

The Donegal men claimed the Shield title, thanks to a 2-13 to 3-8 win over Keady Lamh Dhearg from Armagh.

Keady led by 2-4 to 1-4 at half-time, with county players Conor Corvan and Paul McCormack netting their goals.

On the restart, both sides claimed the lead, with Corvan netting his second goal to ensure a 3-07 to 1-11 score-line.

Johnny Downey and McCormack traded goals, but Burt claimed two two late points, including one from Christopher McDermott to seal a famous win.