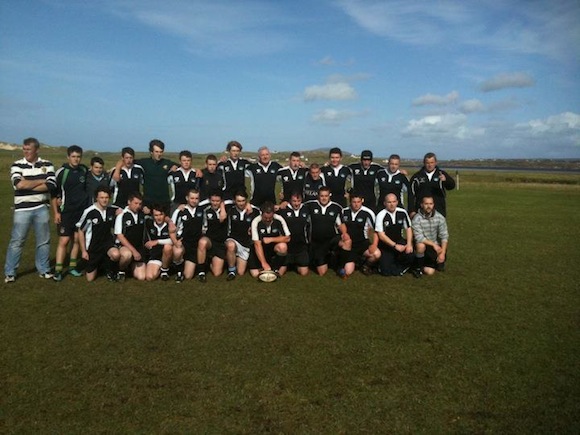 Tir Chonaill RFC were hugely impressive in their win over Limavady at the weekend.

Tir Chonaill continued their impressive start to the season when they defeated Limavady 3rd’s at the weekend.

Limavady started the brighter and attacked from the kick-off, and after four minutes of play ran home a good try, which was expertly converted.

Tir Chonaill knew they had a fight on their hands and replied with in a few minutes when they sprayed the ball out wide to young debutant Lewis Marshall to turn on the after burners and leave Limavady wondering just how strong the visiting side were.

The conversion was converted by the enthusiastic Pol Ó Gallachoir.

Tir Chonaill went ahead shortly after, and knew they had the beating of them when David Reynolds ran in another try which went unconverted.

Limavady fought back with another try of there own but the kick went wayward leaving scores at 12-12.

Limavady were awarded a penalty late on which brought them back into the lead only to see it wiped out with a penalty from Pol Ó Gallachoir.

There pack were immense and drove the Limavady scrum back on every occasion winning the ball at each attempt.

Tackles were made and heavy pressure from Tir Chonaill forced Limavady to make errors and drive them back on to there try line.

It was a massive win for Tir Chonaill which really sent out a statement of intent, and put down a marker for all other teams that Tir Chonaill are out to compete for in this league.

A whole team performance by Tir Chonaill from 1-15 every man fought for there team and all the hard work is paying off.

Next week sees Tir Chonaill play at home to new side Inishowen 2’s.