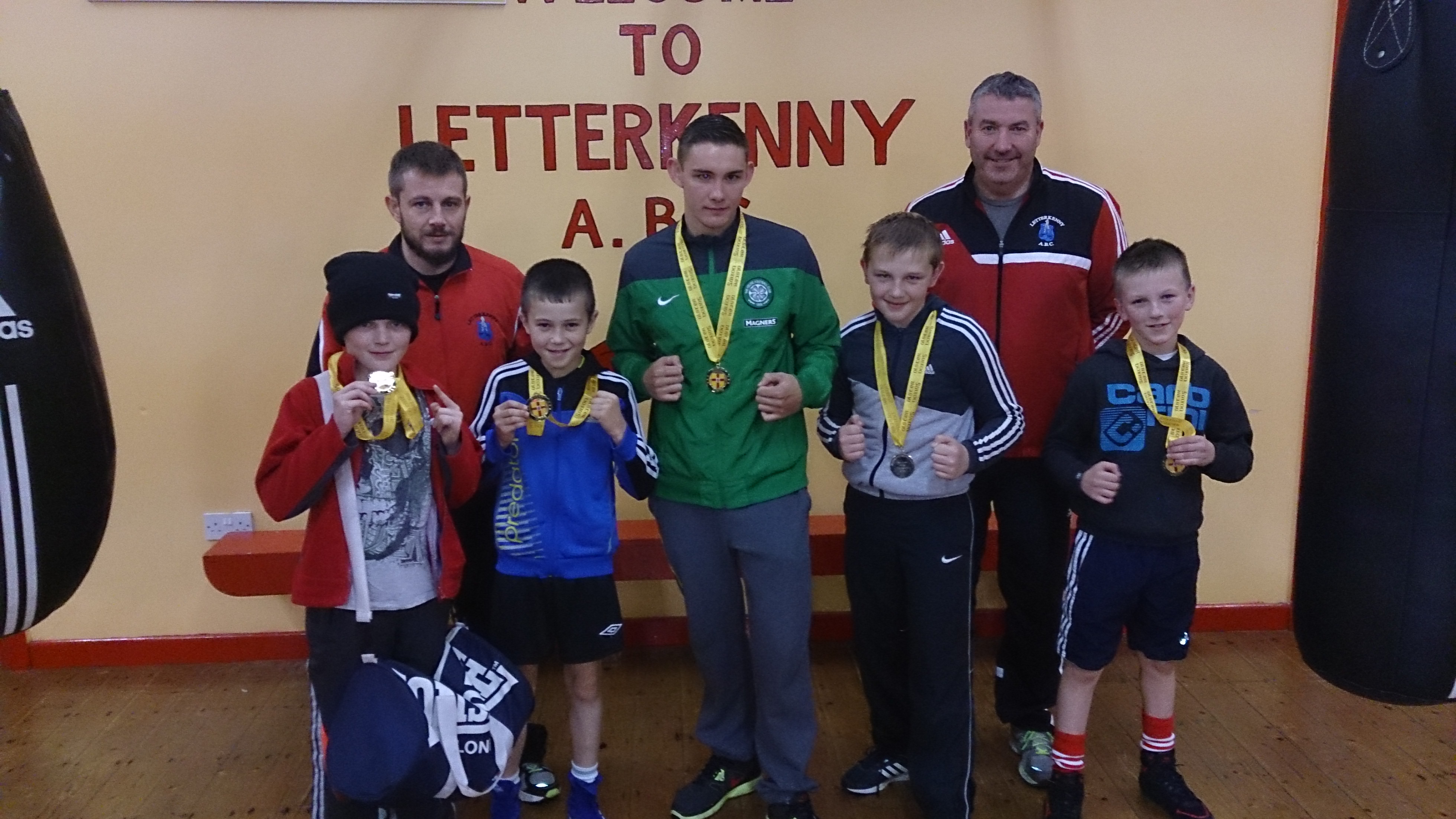 Letterkenny Boxing Club have claimed five Ulster titles in a stunning week for the club.

On Friday, 3rd of October, Cillan Boyce lifted his first Ulster title in Belfast when he defeated Micheal Mc Menamin from the Twin Towns Boxing Club.

The club is hosting its first show of the season when a Letterkenny /Donegal select take on a Mayo select on sunday the 2nd of November in their clubhouse first bout 630pm doors opened at 530pm.

The club will also have five boxers in the ulster intermediate champioships in Belfast starting on 27th of October.

Best of luck to all those fighting.