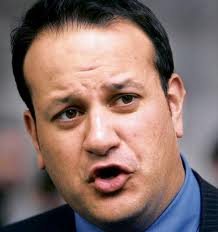 Deputy Doherty raised the issue with the Health Minister following events last week which saw management at the facility being forced to release a statement in which they advised the public to consult their doctor before coming to seek medical attention, unless in the case of an emergency.

The statement from the hospital also asked that patients who had been due for a planned admission as an inpatient, should ring the unit beforehand in order to confirm the availability of a bed.

“If ever one needed further evidence that Letterkenny General Hospital is struggling to cope with the demands placed on it, this latest crisis should provide all the necessary proof,” said Deputy Doherty.

“Deputy Pádraig Mac Lochlainn and I have repeatedly raised the issue at the heart of the hospital’s crisis. Every year the hospital has on average 21,000 inpatient discharges, that is, patients who pass through its doors seeking treatment. To put that in context, LGH is the seventh largest hospital in the State, yet – despite this – it has still not been given regional hospital status nor has the facility been given the additional resources it desperately needs to appropriately serve the people of the north west.”

During the debate tabled by Deputy Doherty, he outlined the inequity and lack of fairness shown to Letterkenny General in relation to the resources afforded to the unit compared with those given to other hospitals with a similar case mix: and while Deputy Doherty thanked the Minister for participating in the debate, he continued by saying that he was unsure if the Health Minister fully understood the crisis at the hospital.

“I thank the Minister for his response, but I am not sure he appreciates that the hospital is in crisis. This is not just my view; it is a view I have heard from senior levels within the hospital. The crisis presents itself at different times in different areas with the issue in the accident and emergency department last week an example of that. The hospital is kept going and meeting demand only because of the diligent efforts of its nursing staff, doctors, consultants and non-medical staff. This is where the problem arises. Many people are going beyond the call of duty.

“Given the resources available, how can the Minister ensure that next week, next month and next year patients who need to access the accident and emergency department are not asked to tune into radio to be told by management not to attend and to visit their general practitioner and to be told that if they have a scheduled appointment, for which they may have had to wait for a long time, they may not have a bed for them? – This is not suitable for patients in Donegal.

“This is the most important element of public infrastructure in the county and we are proud of it. It is close to our hearts, given it is where many of us have spent our first hours and will spend our final hours. We want to ensure the hospital is resourced in order that it can meet the needs of our communities.”

Deputy Doherty concluded by stating that Letterkenny General has proven year on year that if is ‘one of, if not the most efficient hospitals’, and that the facility has done ‘everything it can’ to maintain its current level of care despite the many major structural challenges it faces.

In his response, Minister Varadkar thanked Deputy Doherty for raising the difficulties facing Letterkenny General Hospital during the Dáil debate, and said that while he was not familiar with the statistics and data mentioned by the Deputy, he would however be happy to receive them and to examine the situation.

VARADKAR AGREES TO LOOK AT LETTERKENNY HOSPITAL CRISIS AFTER ITS RAISED BY DOHERTY IN DÁIL was last modified: October 23rd, 2014 by John2