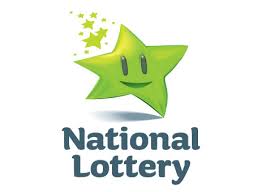 LOTTO luck has struck Donegal yet again – someone – or perhaps another syndicate – has just won a sensational €7,120,595.

So get checking those numbers now – because it could be you.

“The ticket was bought in the North West.”

It’s just the latest millionaire win here in the county.

Sales of tickets in Donegal had rocketed today as the big money rolled over yet again.

So get checking folks – one of you is now a multi-millionaire.