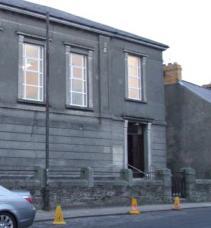 A MAN accused of stabbing a pensioner in his home will find out on December 16 what charges he will face at his trial.

Patrick McLoughlin was stabbed at his home in Convent Road in Carndonagh in May this year.

Lee Mitchell, who is 33 and has an address at Windmill Park in Letterkenny, has been charged assault causing harm and with a burglary at another address in Carndonagh on the same day.

Inspector David Murphy told Judge Paul Kelly the case was being adjourned until December 16 to await directions from the DPP.