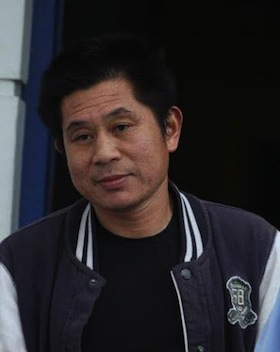 A man has been jailed for a total of four years for his part in the setting up of Donegal’s biggest-ever drugs factory.

Father-of-two Zi Yu Ye, 46, was caught at a massive cannabis factory outside Malin Town in Inishowen in October 2012.

A total of €1.6M worth of drugs was found in the growhouse when it was raided by Gardai.

Yu Ye appeared at Letterkenny Circuit Court yesterday charged with five counts of growing and sale and supply of the cannabis.

The court heard how the father of two had been trafficked into the country to earn money to pay off debts back home.

He thought he was going to work at a legitimate job but ended up converting a warehouse into a massive drugs grow-house for drugs bosses.

Barrister for the accused, Mr Peter Nolan, said it was ironic that the President of Ireland was touring China talking about human rights when a Chinese man with no human rights was being jailed for growing drugs here.

He added “It is ironic that we have President Higgins and Mrs Higgins in China today talking about human rights and walking the Great Wall of China, and fair play to them, and here we have a Chinese national in Ireland who doesn’t even know where he is on the map and he is the product of human trafficking and slavery, getting no profit for his efforts and being used and abused by others.

“This man is an innocent likeable individual and not a criminal in the true sense of the word. He is more sinned against than sinning. He is a victim himself.”

The warehouse outside Malin Town where drugs were discovered.

Giving evidence, Garda Jason Conroy said the warehouse had been turned into a sophisticated cannabis-growing operation.

Seven rooms had ben cordoned off to allow for the growing and also the drying of cannabis.

When raided by Gardai, just over 18kgs of cannabis, worth about €360,000 was ready to be bagged and shipped out.

Cracks in the walls of the warehouse had also been filled with expanding foam so nobody could hear what was going on inside.

Yu Ye was not found on the premises until the day after the raid as he had been hiding.

But he admitted that the major players behind the grow houses in Ireland are rarely caught.

“I have yet to come across anyone in the courts who is a key person in relation to this activity,” he said.

He jailed Yu Ye to four years for possession with intent to supply and another four years for cultivation, with both sentences to run concurrently and also backdated the sentence to when Ye was caught and detained two years ago.

He added it was a matter for the authorities if Yu Ye would be deported when his sentence was completed.

MAN JAILED FOR FOUR YEARS FOR HIS PART IN DONEGAL’S BIGGEST EVER DRUGS FACTORY was last modified: December 11th, 2014 by Stephen Maguire