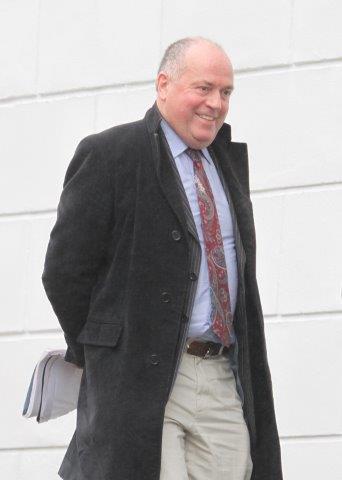 A FORMER court clerk has walked free from court after a judge directed that he should be found not guilty on two charges of falsifying High Court documents.

Ciaran Waldron, from Riverview, Buncrana, and a former court service employee, was accused of putting the signature of a peace commissioner on High Court papers submitted in Dublin in 2007 and 2008.

He had denied the charges as he appeared at Letterkenny Circuit Court.

Eoin Keane, prosecuting, had earlier told the jury that Mr Waldron was involved in a civil dispute with his then wife Christine O’Kane.

They had separated after 26 yeas of marriage in 2006 and Ms O’Kane had gone to the district court on a number of occasions after Mr Waldron had failed to pay maintenance.

She told the court that “he only ever paid when he was threatened with jail”.

In 2007 and again in 2008 Mr Waldron had submitted judicial review proceedings at the High Court in Dublin.

The prosecution alleged that Mr Waldron had forged the name of peace commissioner Stanley Morrow, who has since died.

In an interview with gardai, Mr Waldron said it was often the practice at the time for Mr Morrow to sign blank A4 sheets of paper because he was often difficult to locate.

He said he had no intention to mislead anyone in the case.

However High Court judge Mr Justice McGovern had referred the case to gardai in 2008 after samples of Mr Morrow’s signature kept at the Four Courts were compared to the signature purporting to his on Mr Waldron’s court papers.

Hand-writing expert Garda John Sweetman told the court that the signatures on the documents were not those of Mr Morrow. However he could not say who had written them.

In the absence of the jury at Letterkenny Circuit Court, Peter Nolan, barrister for Mr Waldron, submitted an application for the case to be dismissed on the grounds that the evidence was not sufficient to be put before the jury.

Judge John O’Hagan agreed and called the jury back into the court and directed that they find Mr Waldron not guilty on both charges.