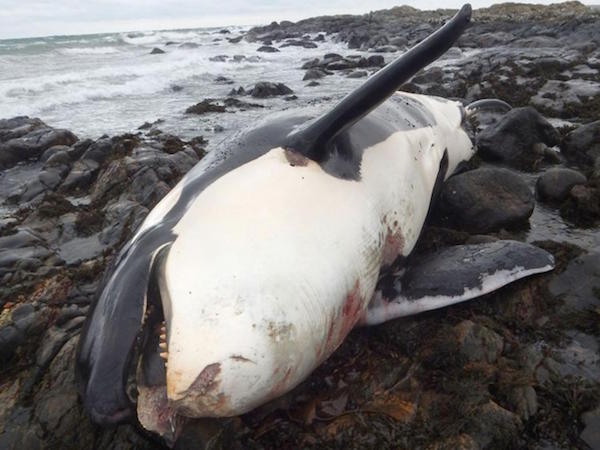 HEARTACHE AS LULU THE ORCA FOUND DEAD ON BEACH

Lulu: Killed by a fishing rope

A KILLER WHALE which is part of rare pod with just nine members has died, after being choked to death by a fishing rope.

Lulu was part of a group which paid regular visits to the Donegal coast, most memorably in 2012 off Inishowen.

At the time local wildlife ranger Emmett Johnston captured images of the whales off Dunree Head for Donegal Daily.

They were spotted again a year later by brothers John and Pat Cunningham from Glencolmcille. They have also been spotted off Fanad and in Lough Swilly.

But Lulu has now been found washed up dead on a beach in a Scottish island.

Her pod, a community of orca, or killer whales with a unique set of characteristics, is now thought to be just too small for it to survive. It’s the only resident pod of whales in these islands.

The pod’s members are slightly bigger than other orcas thanks to hundreds of thousands of years of evolution.

“The prospects for the population were never good but now they’re worse. With a population as low as eight the chances of them recovering is slim to nil at this point,” said Dr Conor Ryan, of the Hebridean Whale and Dolphin Trust, which has been monitoring the community since the 1990s.

Lulu was a 6.2 metre killer whale, is thought to have met an excruciating death after becoming entangled in a fishing rope that prevented her from swimming and drowned her gradually over a period of several days before she was washed onto the shores of the Scottish island of Tiree.

Her death has been met with a public outpouring of grief in Scotland.

Dr Andrew Brownlow, who runs the Scottish Marine Animal Stranding Scheme, said: “She is one of a very small population, she had a name, her death was unpleasant and unfortunately, directly or indirectly, it was due to human impact. When you stack these reasons up you can see why people have been so bothered about it.”

Lulu was found on the shore of the most westerly island of the Inner Hebrides but members of her community have been spotted everywhere from the Outer Hebrides, to the Moray Firth on the North East coast of Scotland, the Isle of Skye – and here off the coast of Donegal. 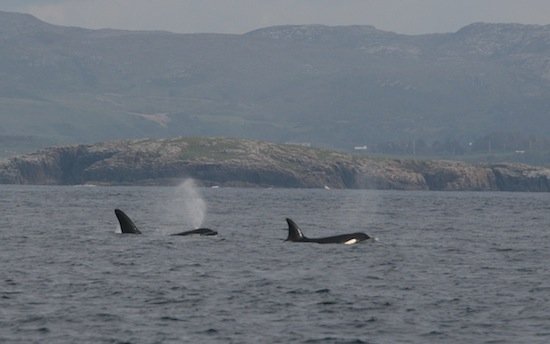 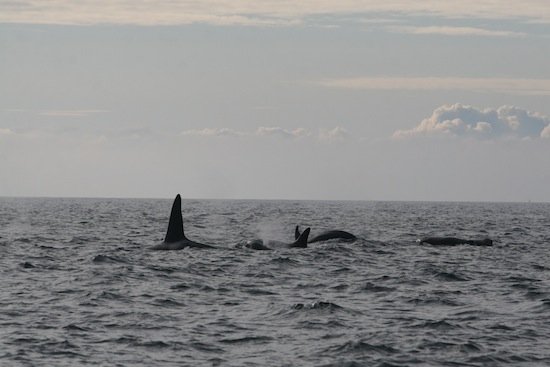