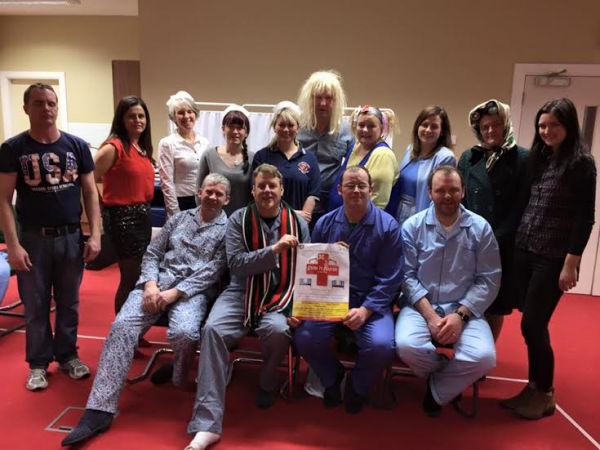 The eagerly anticipated return to the An Craoibhin stage on the back of last year’s four night sell out presentation, another Sam Cree classic, ‘Don’t tell the wife’.

‘Stop It Nurse’ is set in a Belfast hospital men’s ward during the 1960’s.

Two opposing football supporters meet again having ‘bumped’ into each other on their way to the Cup Final football match between Linfield and Glentoran, joining the two patients already on the ward.

Comic confusion, Cod Liver oil and ‘Cheery Cherry’ come together in what will be another fabulously funny night out in Termon.

Tickets priced at €10.00 are available from: An Craoibhin, Gracie’s Store, Mandy Sweeney, Millbridge petrol station or cast members, but be warned, these tickets are selling fast.

TERMON DRAMA GROUP ARE BACK ON STAGE WITH ‘STOP IT NURSE’ NEXT MONTH was last modified: January 29th, 2016 by Stephen Maguire
FacebookTweetLinkedInPrint
Tags:
dramaFeaturesFebruarynewsPlayStop It NurseTermontickets