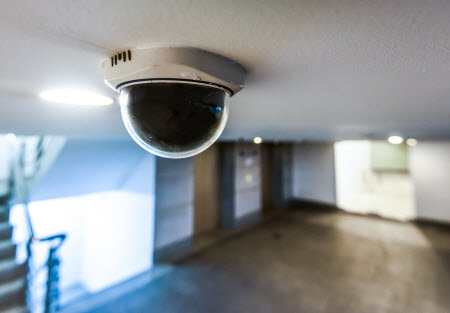 A CCTV camera was installed in the couple’s home.

A home-help worker was caught stealing hundreds of euro from an elderly couple after she appeared on their home CCTV system.

Elaine Lynch stole a total of almost €400 from an elderly couple on five different occasions.

The court was told that Lynch, 37, stole from Maura and Robert Peoples from Kilmacrennan on five different occasions between October and November last year.

She was eventually caught when Mr Peoples noticed that the money he had put aside to pay his milkman had gone missing.

When the CCTV was viewed, it showed Ms Lynch of 20 Ceannan View, Letterkenny, stealing the money.

Solicitor Gordon Curley told the court that Ms Lynch has refunded the couple €400 and had also written a letter of genuine apology to them.

Judge Paul Kelly said there was a signifiant breach of trust of a couple whom had welcomed Ms Lynch into their home.

“One wonders how long it would have gone on if it had not been detected,” added Judge Kelly.

He adjourned the case for a probation report on May 19th.