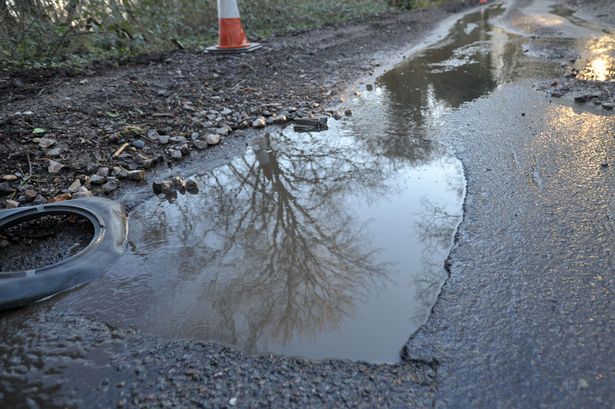 DDTV: IS THIS THE WORST ROAD IN DONEGAL?

DDTV: This is the appalling condition that many motorists have to negotiate their way through when leaving their homes in Drumatoland, St. Johnston.

Mr Boland has tirelessly appealed to local councillors in the area to intervene to sort out the shocking condition of the road.

However, his appeals have fallen on deaf ears, and he is frustrated at the lack of urgent action from council officials.

What infuriated Mr Boland even more was a number of road works were completed nearby, while the road he travels on was ignored.

Mr Boland is now calling on the Donegal County Council to sort out the road.

Boland told Donegal Daily, “It’s an absolute disgrace, and I’m fed up banging my head against the wall asking people to sort the road out.

“The amount of damage I’ve done to my car is ridiculous, and no matter how careful you negotiate your way through the craters in the road, you always scrape or bang something.

“I’ve asked councillors to intervene, but they say there’s nothing they can do.

“It’s farcical and as you can see from the video above it’s the worst road in Donegal and probably Ireland at this rate.”

Donegal County Council have now contacted the residents to say they have plans to tar the road in the near future and will keep them up-to-date with developments.

DDTV: IS THIS THE WORST ROAD IN DONEGAL? was last modified: April 8th, 2016 by Stephen Maguire
FacebookTweetLinkedInPrint
Tags:
AngerdamageDDTVJoe BolandnewspotholesROADS