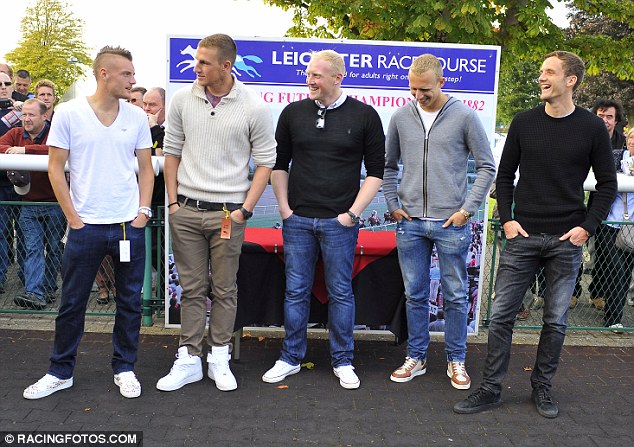 Jamie Vardy and Kasper Schmeichel are among a host of Leicester City stars who have all expressed their delight for Conrad Logan after his Scottish Cup semi-final heroics at the weekend.

The former Swilly Rovers underage player was man-of-the-match for Hibernian as they booked their place in the Scottish Cup final after a penalty shoot-out win over Dundee United.

Logan made two stunning saves during the match, and saved two penalties which sent Hibernian through to the final against Rangers at Hampden Park, next month.

Logan has been at Leicester City since he was fifteen years of age, and a whole host of current players expressed their delight for the affable Ramelton man.

Jamie Vardy, Kasper Schmeichel, Danny Drinkwater and Danny Simpson all sent texts to Logan following his remarkable performance, in truth the majority of the squad congratulated him.

“I suppose I’ve just spent fifteen years of my life at Leicester City, so there are a lot of friends there.

“It is almost half of my life, I grew up in Ramelton, but I joined Leicester when I was fifteen, and I’m 30 now.”

What made Logan’s performance all the more impressive was the fact it was his first competitive appearance for fifteen months.

Logan was signed as part of an emergency loan deal last month, and replaced the suspended Mark Oxley.

Whether or not Logan will start in the Scottish Cup Final against Rangers is unknown, but Hibernian manager Alan Stubbs will know the Donegal man will be ready to answer the call again.