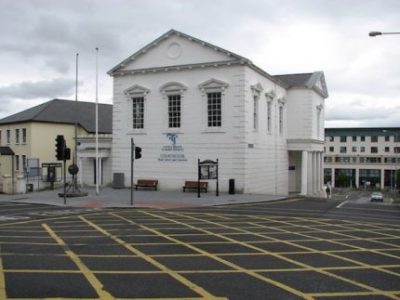 A young mother of six has told how she has been living in fear after her partner sent her text messages telling her he was going to kill her.

Alan Boyle was found by Gardai with a claw hammer and iron bar in the back of his car after finding the address of his former partner Melissa Darby.

Gardai said they were so concerned for Ms Darby that they went patrols to her home at The Beeches, Ballybofey every half hour.

Boyle, who had pleaded guilty to the offences, appeared before Letterkenny Circuit Court charged with threatening to kill and harassing Ms Darby as well as various driving offences.

The couple had lived in Co Louth but Ms Darby fled the relationship in January and did not tell Boyle that she was moving to live close to friends in Ballybofey.

However, he found out where Melissa was staying and even made calls from a local telephone box so she could see the local phone number showing up on her mobile phone to intimidate her.

He then sent her a chilling text which read “Now you know I’m here.”

Gardai told the court they believed Ms Darby’s life was under threat.

When Gardai located Boyle in Ballybofey, they discovered a number of weapons in his car including a claw hammer, a bar and also a number of different car license plates.

A series of the threatening text messages were read out in court.

The court heard how the couple had six children and had started dating when Mr Darby was just 13 and Boyle was 23.

However, Ms Darby took out a protection order against Boyle in February after they split.

She told the court that she had been “scarred for life” saying she suffered panics attacks after the incidents.

“This man has no idea what he put us through. We have been mentally scarred for life,” she said.

Judge John O’Hagan sentenced Boyle of Apartment 5, Rock House, Castle Street, Castlebar Co Mayo to to three years for both the charges of harassment and making threats to kill which each sentence to run concurrently but suspended the last year of the sentence.

He also disqualified Boyle from driving for ten years.