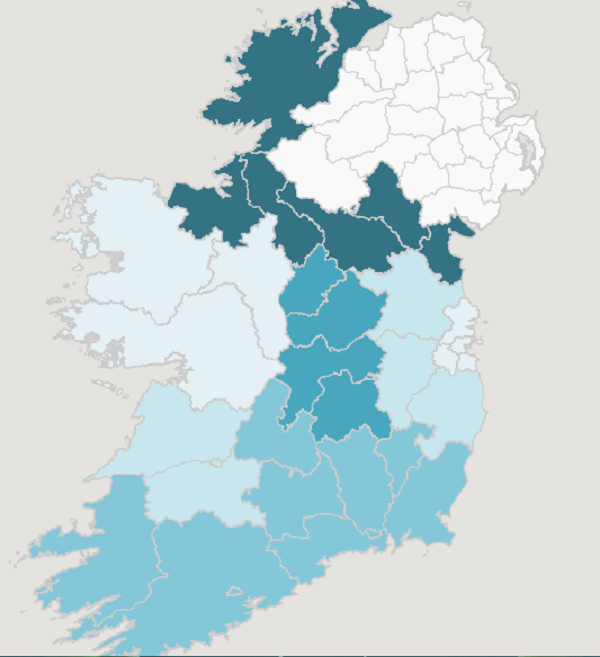 The Institute of Public Health in Ireland (IPH) have launched a new website and app where statistics relating to health, community, and social matters can be accessed with a few clicks.

The tool compares different counties with each others using a heat map.

There are a few things that we found about Donegal…

Unemployment: Donegal has the highest rate of working age population claiming jobseekers allowance (16.5% of our population)

New born babies: Donegal has the heaviest newborns in the country, with the average baby weighing in at 7 pounds, 7 ounces.

Obesity: We are the second most obese county, next to Monaghan. The border counties were all high on this one.

Cultural diversity: Donegal is one of the least diverse counties, with just 1.9% of the population coming from a non-white ethnic or cultural background compared to North Dublin’s 9.4%.

Drugs: We have one of the lowest rates of hospitalisation due to substance abuse, with 11 out of every 100,000 being hospitalised, which is great news compared to Dublin’s rate of 180 per 100,000.

Lone parents: Donegal scored middling on this one, with 12% of families being lone parent families. Derry, the highest rate on the scale, scored 20%.

There are hundreds of different options to go through, and it’s fascinating to see how we stand up against all of the other counties. If you’d like to have a look for yourself, you can visit the IPH website.