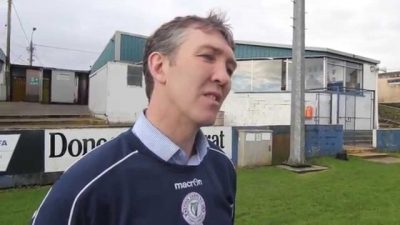 FOOTBALL: The FAI National U17 League is approaching the business end of the season with Finn Harps facing a tricky away fixture against Dundalk at Oriel Park this Sunday (kick-off 2.00).

However, Declan Boyle’s side is still well in contention for a top four place that would qualify them for the knockout stages of the competition.

Harps are third at the moment but it is still very tight with just one point separating five teams. After a poor start to the season Boyle’s boys have lost just once in the last ten games. 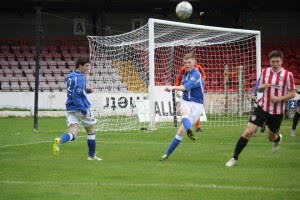 “The season has gone pretty good so for. We got off to a bad start, winning just one out of the opening four games. Since them we have gone on a good run, having only lost one out of 10 games. At the moment we are sitting in third position with a host of other clubs, with one point separating five teams. It is very tight at the moment, with all the clubs looking to get into the top four and make the play-offs” Boyle said.

Looking ahead to Sunday’s match at Oriel Park the Killybegs man spelt out the scale of the task ahead of his U17 side.

“We play Dundalk on Sunday and they are on the same points as us, so it is going to be a difficult match, especially on their astro pitch, which is not the best surface in the League and can be difficult to play on. Dundalk is a good team, with good individuals, and are physically big and strong. In order for us to get a positive result, collectively we are going to have to be at our very best and put in a good performance that will hopefully get us three big points.”

When the two sides met earlier this season Harps let a two-goal lead having been 2-0 up at the break.

“We were leading 2-0 at half time, but conceded two goals in the second half and the game ended 2-2. The boys played very well the first half and Dundalk played well the second half. A draw was a fair result on the day” said Boyle who is aiming to guide the Harps U17s to either a third or fourth place finish that would guarantee his side a place in the knockout stages of the national competition.