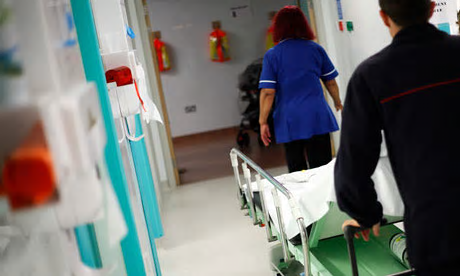 COURTS: A drunken man who verbally abused medical staff who were treating him for an injury he sustained has been fined.

Dylan Kilpatrick, (22) of Clardrumbarron, Donegal Town, appeared at Letterkenny District Court in relation to an incident which occurred on August 10th, this year.

Gardaí received a call that an intoxicated male was lying on the main road in Glencar, Letterkenny.

Gardaí attended the scene and observed he had cut his chin, they subsequently arrested him as he was a danger to himself and others.

They found a cannabis grinder and a small bag of cannabis in his possession, with the contents of the bag valued at €10.

The defendant was then taken to Letterkenny University Hospital  to receive medical attention for the cut he received to his chin.

Inspector Goretti Sheridan told the court, “The defendant was taken to Letterkenny University Hospital for treatment for the cut he received to his chin.

“He started to verbally abuse the medical staff that were attempting to attend to him, he called one of the doctors a f***ing handicap.

“He then clenched his fist and told the doctor you’ll be f***ing done so you will.”

Solicitor for the defendant Rory O’Brien said his client was embarrassed by the incident and is remorseful for what he said to the medical staff.

Mr O’Brien said, “My client is 22 years of age, he is originally from Buncrana, he accepts his behaviour was out of order.

“He accepts also that the language he used was absolutely out of order, and he is both remorseful and embarrassed by the incident.

“He’s had a tough upbringing, and his mother suffered from alcoholism, he also has issues with alcohol but is attempting to address those and is searching for employment.”