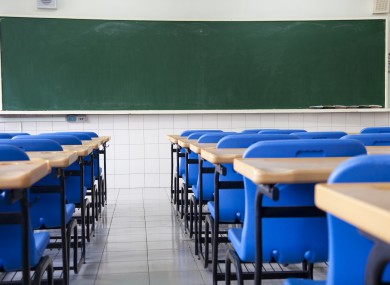 Donegal families in court for failing to send children to school

COURTS: Two Donegal families have appeared in court over their failure to send their children to school.

In the first case, the court heard how the defendant’s child had already missed four school days out of twenty-three so far this term.

Solicitor for the defendant Patsy Gallagher said his client was making progress and that the four days missed were in two blocks of two, and were all explained.

Mr Gallagher told the court, “My client has had a difficult number of months, and recently became a widow after the sad passing of her partner.

“She is making progress, and her child has missed four days out of 23, but were all explained.

“Her child is 15 years of age, and is in her Junior Cert year, so it is a very important year for her education.”

Judge Paul Kelly stressed that Mr Gallagher explain to her as best he can that she has to engage with the probation services over this on-going situation.

As there was no interpreter in court, Judge Kelly decided to assess the case at a later date, and adjourned the issue until February 7th and requested an interpreter be present on that date.

In the other case the court heard how the defendant’s child had not been back in school at all this term.

Despite briefly attending at the end of the year in May, when he attended four out of nine days.

However, solicitor for the defendant Kieran O’Gorman claimed the child was now in school in Germany, where he was residing with his father.

He presented a letter of enrolment which seemed to claim that the child was in school in Germany.

However, this was challenged by the state and child probation services, who said on a visit to the house, an older sister of the boy in question said she wasn’t sure where he was and that her parents had gone shopping.

Judge Paul Kelly said, “It was claimed he was initially attending school in Romania, but there was no evidence of that, now it’s claimed he is in Germany.

“Their engagement has been totally unsatisfactory, and they don’t appear in court, and the story seems to change every month.”

Mr Armstrong, solicitor for the state asked for an adjournment so they could find out if the letter from the school in Germany was authentic.

Judge Paul Kelly adjourned the case to November and instructed Mr O’Gorman to make sure his client attends court.