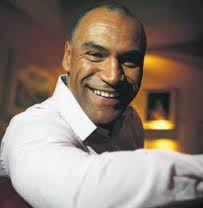 A man has been awarded €5,000 in damages against Kevin Sharkey, a famous Irish painter who was brought up in Killybegs.

In a case heard today in the Circuit Civil Court, quantity surveyor Garrett O’Mahony from Co. Kerry was granted the damages over Twitter posts in which he claimed the artist had called him a racist.

Sharkey allegedly replied with a tweet that O’Mahony’s counsel claimed was “outrageous, completely out of context, deeply offensive and highly defamatory, calling him a racist.”

The artist was not present in court. The only correspondence from Sharkey relating to the case was an email claiming that the Twitter account the comment was posted on was fake.

The tweet was removed two weeks after legal proceedings were brought against Sharkey in 2014, but had been visible online for a month. It was claimed O’Mahony’s reputation was damaged as a result of the comments, as he had around 1,400 followers when it was posted and his profile was used for business communications.

Mr O’Mahony had been granted a judgment in default of appearance and today’s case was one of assessment of damages only, the counsel said.

As well as €5,000 damages, Judge Groarke awarded O’Mahony his legal fees, which could cost Sharkey another €10,000.