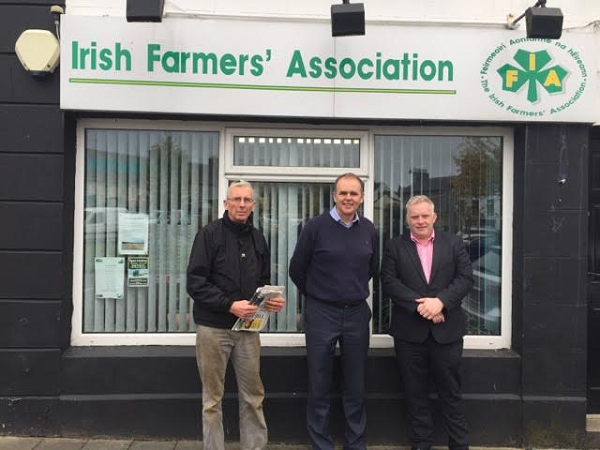 Fine Gael Minister of State Joe McHugh TD has confirmed that progress has been made on the establishment of the ‘Agri Cashflow Support Loan Scheme’, which he says is good news for Donegal farmers.

“The Minister for Agriculture, Food and the Marine, Michael Creed TD, has confirmed to me this week that important progress has been made in the establishment of the ‘Agri Cashflow Support Loan Scheme’, which is very positive news for farmers here in Donegal.

“The Strategic Banking Corporation of Ireland (SBCI) has now invited banks and other lenders to take part in the new loan scheme that will make €150 million available to primary agriculture SMEs, including farmers. It is hoped that loans will be available through the participating financial institutions early in 2017. Minister Creed has spoken to the main banks and urged them to participate.

“Under the scheme, farmers will be able to borrow up €150,000 for up to six years, at a low cost interest rate of 2.95%, which is far cheaper than the rate they would get if they pursued other forms of finance. The loans will also be flexible, with interest only facilities of up to three years.

“The long period of lower commodity prices has had a real impact on the cashflow of many farmers here in Donegal and this low cost loan scheme is going to be hugely beneficial to them in mitigating that. The whole idea of this scheme is to help farmers improve the management of their cashflow and reduce the cost of their short-term borrowings.

“Fine Gael is working to ensure that the economic progress we have made in Government is used to benefit everyone in society. This means prioritising our agri-food sector and supporting farmers to face the challenges caused by price volatility, particularly in light of the Brexit vote.

“The ‘Agri Cashflow Support Loan Scheme’ forms part of Minister Creed’s ‘three pillar strategy’ in response to income volatility, announced in the recent Budget. Along with tax measures and farm payments, it will alleviate some of the pressures being caused by the current market difficulties, including currency fluctuation in the aftermath of the Brexit referendum.

“Our farming sector has experienced many difficulties over recent years, something that has been felt strongly here in County Donegal, and we are determined to support farmers to improve their working capital position and provide them with longer-term financial stability”.