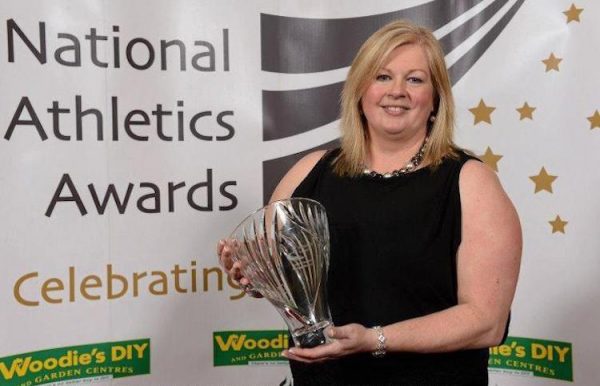 TERESA MCDAID was in Dublin last week to collect her gear from Athletics Ireland and felt an instant ‘buzz’.

The Letterkenny AC woman is the manager of the Irish Senior Women and Under-23 Women’s teams for Sunday’s European Cross Country Championships in Chia, Italy.

McDaid has been involved with Irish teams at ever major Championships bar one – the Olympic Games.

While she has been on duty for the European Cross Countrys, the Irish athletes have always managed to bag a medal and she leaves for Italy tomorrow confident of a good run this weekend.

“I always look for a podium finish,” McDaid says.

“It’s harder now because you have some of the African athletes running for European countries and that’s a new challenge, but we have done so well.

“Our most competitive section down through the years has been the Senior Women’s team and it should continue to be. We have had podium medals in the last couple of years.Hopefully we can continue to mix it.

“The team is never as strong as you’d like it to be, but it’s pretty solid. Everyone is very clear that Fionnuala is in very good shape.

“We know very little about the course this year. It was a piece of waste land, but we expect that it’ll be typical: flat, fast, with a few man-made hills.”

In 2014, then as Fionnuala Britton, she headed the bronze-winning team, which included Annmarie McGlynn of Letterkenny AC, in Bulgaria, while Britton, Linda Byrne, Ava Hutchinson, Lizzie Lee and Sarah McCormack won gold in Budapest in 2012, with Britton winning individual gold.

“Being part of the team is just great,” McDaid says.

“It’s a big honour, of course. It never gets old. There is always a great buzz about the team.

“I’ve come up through with the team, from junior, under-23 and senior. I feel as if I know them so well and that makes the job much easier.

“In a team environment, it’s all about packing well together. I’m a big believer in facilitating performance. It’s about culture and environment – that contributes massively to performance.

“I was up in Dublin a few days ago getting some gear. That’s a real buzz. You pick up the green t-shirt with the logo on it and you get real pride out of that.”

Since then, McDaid – who was named as Athletics Ireland’s Coach of the Year in 2011 and 2012 – has missed only two European Cross Country Championships.

In the 1990s, McDaid was approached by Letterkenny AC long-distance runner Gary Crossan, who wanted her to become his coach.

“That was the trigger factor,” McDaid says of that association with the former National Marathon Champion.

“He got a profile nationally and, as a result, I got it. At that time, there weren’t as many women as well qualified as I was. It opened up a lot of doors for me.”

She’s ‘seen some amazing places and seen some unbelievable events’, but the passion hasn’t dimmed at all.

There’s still that big dream in the distance.

She says: “The elusiveness of the Olympics will keep me engaged for a while yet.”