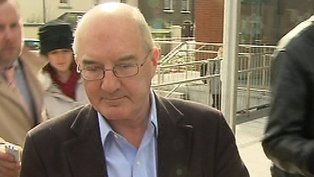 McAteer (66), who is originally from Rathmullan, entered the plea on Monday at Dublin Circuit Criminal Court ahead of his trial which was due to start in January 2017 and last for one month.

McAteer admitted obtaining a loan of €8,426,307 from Anglo on September 29th, 2008 which he secured against his shares in the bank.

According to the indictment, he then used the money to pay off a personal loan he obtained from Bank of Ireland which resulted in a gain for himself and a loss to Anglo.

Judge Melanie Greally allowed McAteer to remain on bail with the consent of the prosecution and set a sentence date for January 12th, 2017. She also urged caution in the reporting of the matter in the media.

A love affair with Italy starts in Lake Garda