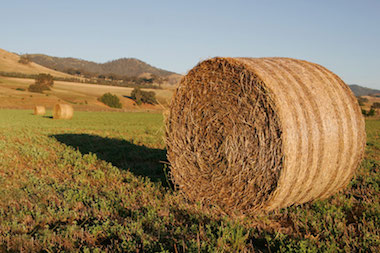 Child awarded €12,000 after hay bale falls on her parent’s car

A child who was a passenger in a car which was struck by a hay bale which fell off a tractor has been awarded €12,000.

The child was two years old at the time of the accident which occurred outside Lifford on September 14th, 2013.

The child’s parents appeared at Letterkenny Circuit Court today as part of an infant ruing for damages.

Ms Patricia McCallum, barrister for the child, told the court that the driver of the tractor and trailer had been negligent in the case when a hay bail had fallen off the vehicle and collided with the car.

The court was told the toddler was taken to hospital but did not appear to have suffered any physical injuries.

However, in the weeks that followed the child was constantly touching her head and was waking each night, sometimes on the hour.

Ms McCallum said the child had been born with a congenital infection and that this had caused her to suffer from epilepsy and blurred vision.

The court was told that following the accident, the child’s teacher’s at her special pre-school had suffered some difficulties and had to leave some activities.

Judge James O’Donoghue said he was recommending the offer.

The child’s parents had asked if some of the money could be released to allow them to take the young girl on a holiday and Judge O’Donoghue released €750 of the award for this.

The Judge also allowed for special damages and costs in the case.