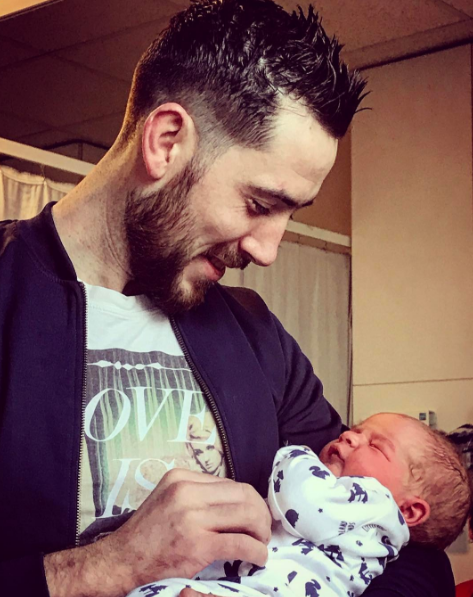 Mark McHugh: “Words can’t describe the feeling I felt when I held this wee man for the first time”

Donegal GAA star Mark McHugh is overjoyed by the arrival of his son, Noah.

Mark shared pictures of little Noah on Instagram, introducing him to GAA fans across the world.

He said “Everyone meet Noah. Words can’t describe the feeling I felt today when I held this wee man for the first time. It’s crazy how they can make you feel!

“So proud of him and his mum Aisling Gormley who did super… No day can touch this day.”

“One week old today and look what he got! Thanks to @oneillssportswear for sending Noah this class wee jersey and all in time for the start of the League at the weekend.”

Mark McHugh: “Words can’t describe the feeling I felt when I held this wee man for the first time” was last modified: February 11th, 2017 by Elaine McCallig