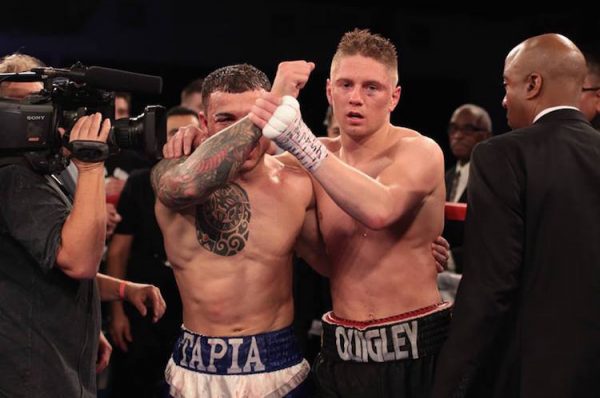 Injury confirmation shows why Jason Quigley is one in TEN MILLION!

Jason Quigley managed to defeat Glen Tapia to land the NABF middleweight title despite suffering what medics in Los Angeles have described as a ‘one in 10 million’ injury.

Quigley defeated Tapia by unanimous decision at Fantasy Springs, Indio on Thursday night despite sustaining the rare injury in just the second round.

The Ballybofey man, who moved to 13-0 with his first pro title triumph, was on his way to a stoppage until he hurt the right hand.

Quigley had a scan at the Cedar Sinai Hospital in Los Angeles.

A broken hand also detached and shredded a major tendon in his wrist.

“Doctos have described it as a one-in-10-million injury it is so rare,” said his publicist, Rachel Charles.

“The doctor said that the the force of Jason’s punch and how it landed could be the reason this happened, although with an injury such as this there are many explanations.

“The doctor said how Jason was able to carry on for eight more rounds is astonishing. He will have surgery soon and is expected to make a full recovery.” 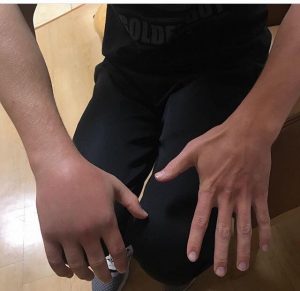 Quigley will have an operation to repair the damage in LA this week – and has vowed to come back ‘sooner than expected’.

“I will be having surgery this week and will be on the road to full recovery,” Quigley told followers on social media.

“I will be back in the ring sooner than expected to continue my journey to the top. This is only a minor bump in the road.

“A massive thanks to everyone for all the well wishes, I appreciate all the love and support.”