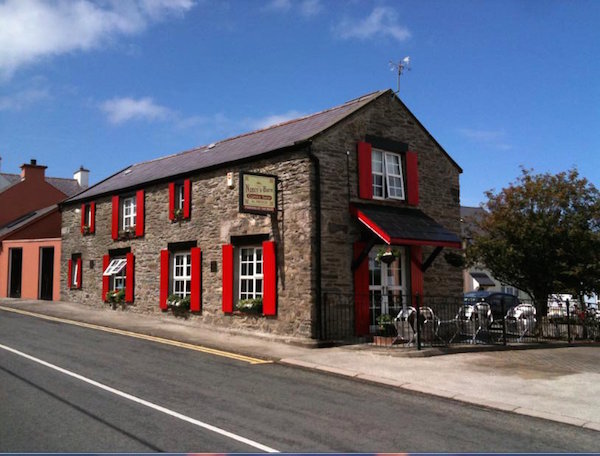 written by Stephen Maguire May 31, 2017
Facebook0Tweet0LinkedIn0Print0

Based in the spectacularly scenic Inishowen Peninsula, Nancy’s Barn, a quirky and innovative bistro, has been thriving on a well-deserved reputation of serving up a veritable smorgasbord of delicious, culinary treats.

Their speciality has become their award-winning seafood chowder for which they have won accolades at every possible level in their home country.

Following their recent success in the All-Ireland Chowder Cook-Off in Kinsale, Co Cork, they now represent Ireland in the World Chowder Championships in Rhode Island, USA on Saturday, 10th June 2017.

For Kieran Doherty (Duey), chef and owner of Nancy’s Barn, it is a prestigious honour to represent his country on an international stage and this accomplishment has been the culmination of hard work and determination, and the realisation of a boyhood dream.

As a young lad living in rural Donegal, Kieran and his family would often go for a Sunday drive. He explains how from a young age, the large stone building on the edge of Ballyliffin Village always caught his eye. 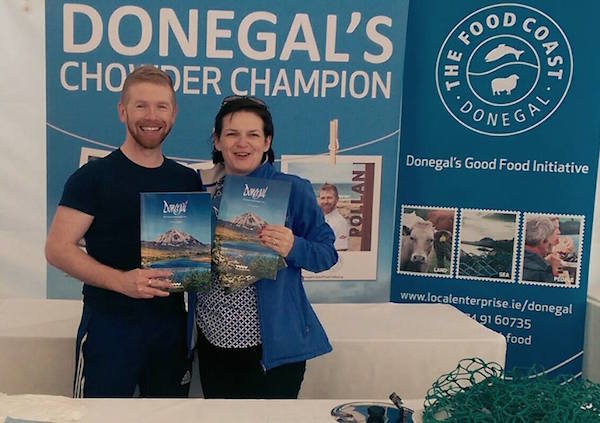 “We would drive past Nancy’s Barn, formally known as the ‘Craft Shop’ in the seaside town of Ballyliffin. I would say to my parents ‘when I get older, I want to buy that old shed’.”

True to his word and making those childhood aspirations a reality, Kieran purchased the building in 2008. He opened Nancy’s Barn as a seasonal coffee shop / bistro and business quickly flourished. Word soon spread of the great coffee, fabulous home-style baking and delicious savoury foods served daily, and the business flourished.

With a dedicated following of customers, ever growing in number, Nancy’s Barn has proved to be a very popular venue on the “Wild Atlantic Way” with its laid-back beach vibe reflecting its proximity to nearby Pollan beach. This coastal theme was further developed and fresh seafood available direct from Greencastle became a signature feature on the menu.

Kieran, with a warm passion for good food creations, tried hundreds of chowder recipes and attempted many things to get it right. He finally came up with a delicious recipe that drove his patrons wild – ‘Nancy’s Seafood Chowder with a Spanish twist’. The beauty of it is that the chowder is gluten-free and filed with delicious ingredients. The young, modest chef believes that the secret to any good dish is to “keep it simple; wholesome and tasty all the way”.

Kieran also credits the success of his business to his supportive staff. Four of his hand-picked team who helped him to triumph in Kinsale at the All-Ireland Chowder Championships will join him in the States as they attempt to bring the ultimate victory back to Ireland as world champions.

The Nancy’s Barn team will be accompanied to the States by Eve-Anne McCarron of Food Coast of Donegal, an initiative of the Local Enterprise Office to promote good food in Donegal. They were sponsors of the Donegal Chowder Cook-off in Killybegs and main sponsor of the Nancy’s Barn team in Rhode Island.

“We are thrilled at Kieran Doherty (Duey) and Nancy’s Barn winning the All-Ireland Chowder Cook-off. It’s a great victory for Donegal seafood,” she said, “and we now look forward to them repeating their success in the US”.

In Newport, Rhode Island in less than a fortnight, hundreds of competitors from across the USA will vie for the top places in three categories: Clam Chowder, Seafood Chowder and Creative Chowder at the world’s original and longest-running chowder championships, now in its 36th year. Huge crowds are expected to sample thousands of gallons of delicious chowder from dozens of restaurants at an informal, farmers’ market-style event with a relaxed, festival atmosphere. The team are grateful for the support they have received from their loyal customers in Ballyliffin and their generous suppliers who have provided sponsorship for this trip. They are excited to welcome lots of the Donegal Diaspora to their stand on the day to sample a taste of Inishowen. Nancy’s Barn, will be there proudly flying the flag for Ireland.