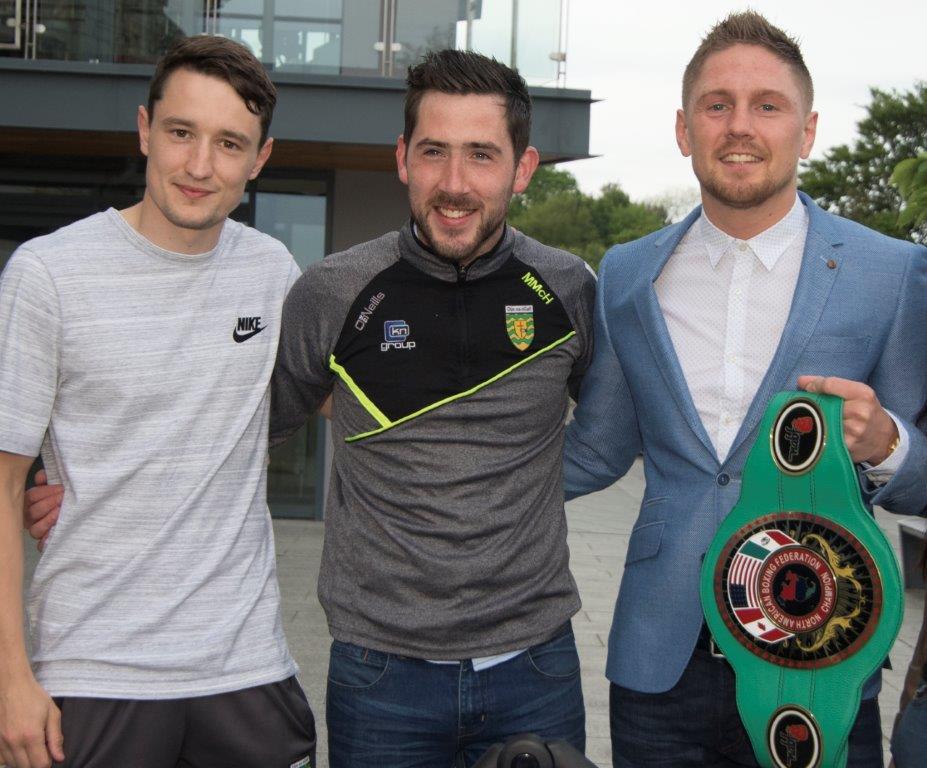 Jason Quigley has predicted that he will leave Ireland’s media with no choice but to hop on his bandwagon as he climbs the professional boxing ladder.

Quigley, undefeated in 13 pro bouts, won his first professional title in March when he defeated Glen Tapia at Fantasy Springs to claim the NABF middleweight belt.

Quigley’s camp have voiced their displeasure at the lack of coverage being given to the Donegalman, in comparison to other Irish punchers, such as Quigley’s former amateur stablemates Michael Conlan and Katie Taylor.

“Anyone that isn’t giving me what they should be giving me will soon be looking to buy my fights,” Quigley said at a homecoming function at the Finn Valley Centre on Wednesday night.

“When I’m the talk of this country, when I’m doing it so proud they’ll want to show me on TV. That’s when they’ll come looking.

“When I do get there I’ve faith that RTE and the national media will jump on board. I know they’ll show how proud I am – not just a proud Donegal man but a proud Irish man.”

RTÉ have shown deferred coverage of each of Conlan’s two pro wins against Tim Ibarra and Alfredo Chanez 24 hours after the event, while Taylor has been on Sky Sports for all of her five professional wins.

Quigley, though, has been given scant coverage in comparison and the Irish Athletics Team Manager, Patsy McGonagle, has issued a sharp message to the Irish media.

“What’s happening in this country in terms of boxing is that a lot of people in the journalism world in Dublin are getting very, very excited about Michael Conlan – who has had two fights – and about Katie Taylor, obviously,” McGonagle, a close friend of Quigley, said.

“This man here isn’t getting his share of national publicity and his profile needs to build in this country.

“We need to say to the national media: ‘He might be from Donegal, but by Jesus he needs to get the same attention. This is a man who was ranked at number 2 in the world as an amateur, now he is an undefeated fighter and is the North American champion. Come on here, wise up!’”

26-year-old Quigley had to fight eight rounds against Tapia with a broken right hand and damaged tendons, but he hopes to be back in the ring before the end of the year.

Mixed fortunes from the spot perhaps, but...