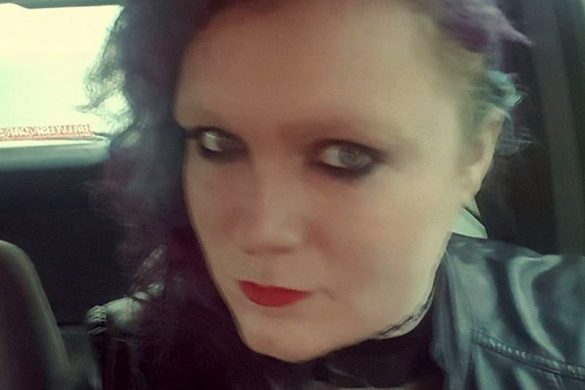 Donegal woman “ecstatic” as her rapist is jailed for 12 years

A young Letterkenny woman has she is “ecstatic” after the man who raped her at a gaming convention was jailed for 12 years.

Keith Hearne, aged 28, from Tallaght in Dublin pleaded guilty to tying up and raping Dominique Meehan, aged 25, at a gaming convention at the Crowne Plaza Hotel in Blanchardstown on 4th July 2015.

There was applause in the courtroom from Ms Meehan’s family as the 12-year sentence was handed out at the Central Criminal Court in Dublin today.

Ms Meehan had bravely waived her right to anonymity to identify Hearne to other members of the gaming community.

The sentence hearing heard how Ms Meehan was in a meeting room preparing a presentation for the convention when Hearne entered the room before locking the door and attacking her.

Hearne tied the young woman’s hands together and raped her, threatening her life and saying that he would hurt her with a knife if she made any noise.

It was only when another worker at the gaming event entered the room that the attack stopped. Hearne was arrested by Gardai at the scene.

The court heard that Hearne was in possession of a bag described as a “rape kit” containing a knife, handcuffs, condoms, a mask and other items when he was arrested.

In April of this year, Hearne had pleaded guilty to two counts of rape, one count of oral rape and one count of falsely imprisoning the woman. He was taken into custody ahead of sentencing.

It was only after this hearing that Mc Meehan felt safe enough to speak publically about the attack.

In Hearne’s sentencing at the Central Criminal Court in Dublin today, Mr Justice Patrick McCarthy said the case was of the utmost seriousness. He took into account the devastating effect the crime has had on the 24-year-old, noting how Hearne threatened her with a knife she screamed for help.

Judge McCarthy said he was impressed by Ms Meehan after the “devastating” events.

The court had previously heard from Hearne’s defence that he had mental health issues and suffered from a bipolar disorder. Defence Solicitor Mr Michael Bowman SC said that his act was inexcusable and he has since expressed extreme remorse.

Judge McCarthy read from psychiatric assessment reports that Hearne had schizoaffective disorder and autism spectrum disorder, but said he was of sound mind at the time of the attack and his culpability was not diminished by his mental health difficulties.

The judge said the only mitigating factor to be considered was Hearne’s guilty plea. He noted that Hearne was caught while committing the offences, which he said further reduced the mitigating factor.

The judge said the appropriate sentence was 15 years and reduced it to 12 to take into account Hearne’s plea.

In a statement outside the court today, Ms Meehan said she wished to waive her right to anonymity in order to help more people come forward about sexual abuse.

“People need to know that coming forward to say that you were raped is a good thing and you can do it.

“There’s no doubt it’s tough, but the more people who report their rape that more people that will be able to see that you can’t rape. It doesn’t work.

“While 12 years is a bit of a light sentence in my opinion, he has got a sentence and I can show everyone today that he has got what he deserves and what I deserve.

“My whole life has been impacted. There is nothing in my life that is the same any more.

“I have to treat every day like someone is going to rape me. I am constantly on alert, I can’t help but be. Even today, even though I knew he was in custody I had to keep an eye out for him,” she said.

Dominique said that if she hadn’t spoken out, her attacker would have been able to go to other conventions “as if he had been on holiday” and commit the same crimes.

Donegal woman “ecstatic” as her rapist is jailed for 12 years was last modified: June 19th, 2017 by Staff Writer