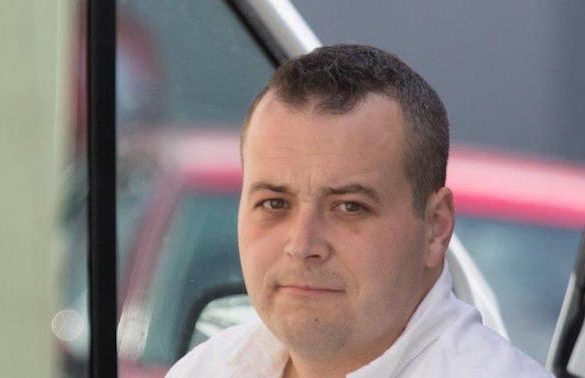 A 26-year-old Donegal man who threatened to kill a Garda after going on what a Judge called a ‘berserk’ driving spree has been jailed for two years.

Fair, who has 35 previous convictions,was found to have threatened to kill one Garda and to burn the house and rape the wife of another Garda after being arrested.

Fair, who has been in custody in Cloverhill since March of this year, was sentenced to two years imprisonment at today’s sitting of Letterkenny Circuit Court by Judge John O’Hagan.

Fair, from Balinahone, Fahan was before the court on several charges relating to separate incidents from August 2012 and December 2014.

Sergeant Doherty detailed that a caller to Burnfoot Garda Station reported a blue car that was involved in an attempted incident near the Halfway House and that a number of incidents of dangerous driving were observed.

“At 1.30am, Mr Fair overtook the Garda patrol car and remained on the wrong side of the road at Ludden, Buncrana,” Sergeant Doherty explained.

“Five minutes later, at Fahan, Mr Fair overtook a patrol van at speed and at Magheragbeg, Burnfoot, he passed the patrol car on its left-hand side – it was almost as if he was trying to goad the guards into chasing him. At Mahgherabeg he stuck his arm out of the window and thumped the van.

“He drove in front of the patrol car and then came to a complete stop. He put his revering lights on, as if he was going to reverse back into the patrol van.

“He then crossed onto the incorrect side of the road and drove at speed towards the patrol car. Garda Gallagher had to take avoidance measures to avoid a collision.”

After being apprehended and arrested by Gardai at 2.20am, Fair was said to be ‘very abusive to Gardai and issued a number of threats.’

The sergeant said that Fair threatened to have one Garda ‘shot’ and said he told another Garda that ‘he knew where he lived and he’d burn his house down and rape his wife’.

“He was very abusive and very aggressive,” Sergeant Doherty said.

Barrister Shaun McGee said that it wasn’t a case that Fair was making ‘cold-blooded threats’.

He said: “He pleaded guilty to the charges in June and he has avoided the issue of two trials and pleaded to all matters.

“The only explanation regarding his behaviour is the old issue of alcohol. That seems to be the villain of the piece again. He has remained abstinent from alcohol and is attending AA meetings in prison, making serious efforts in that regard. He is working in the kitchen in the prison.”

Mr Fair was also before the court on a number of matters relating to incidents from Wednesday, August 15, 2012.

Sergeant Doherty gave evidence that, at 1.35am on the day in question, Nigel Robinson, the operator of a Go Safe van, reported that a heavy object had been thrown at his van by someone driving a white Citroen Berlingo van.

At 2.15am on the same morning, Gardai stopped a van being driven by Fair at Railway Road in Buncrana.  Fair was cautioned and replied ‘no comment’ to any question that was asked.

“He said that his knuckle was sore from punching the speed van and he made a number of vile comments,” Sergeant Doherty said.

At 2.45am, a further report was received from Mr Robinson that the windscreen had been broken on the GoSafe van, which he was operating at Lisfannon.

When Gardai met the Berlingo van at McCarters Road in Buncrana, they activated the blue lights and signalled for the vehicle to stop.

Fair said he had been drinking whiskey on the night in question and was convicted of that offence in the District Court earlier this year.

Barrister Peter Nolan said his client ‘was intoxicated and he paid the price for the intoxication.’

Mr Noland said: “He came here with a plea of guilty. He was caught, you may say, red handed. He has previous history and it is not great but he has pleaded guilty and has admitted the offence. He has apologised to the Gardai and to Mr Robinson. He wants the matters dealt with as soon as possible.”

These matters had been delayed as Fair left the jurisdiction for some time.

The court heard that Fair, who is a highly-qualified driver of heavy machinery, had been involved in ‘an incident’ in Australia before voluntarily returning to Ireland.

“You have a full life ahead of you,” Judge O’Hagan told the accused.

“You’re well qualified in what is an extremely well paid job if you can get work. Yet, here you are before me literally blowing it all in the wind. It is very sad. I have no doubt that your father and mother are very ashamed.

“You were a madman on the road, going across lines and just acting like a fool. You were going berserk in the car, causing a serious threat to your own life and to a number of Gardai, who were in the process of doing their duty.

“Perhaps you have a gripe with the Gardai because of all the previous convictions.”

Fair gave the court a letter which he had penned in prison. Judge O’Hagan said the letter was ‘very encouraging’ and said he was ‘conscious of the shame on the family’.

Judge O’Hagan sentenced Fair to two years imprisonment and directed that Fair – who is currently serving a four-year driving ban – be disqualified from driving for two years.

Fair will have to re-sit his driving test when he wishes to have his licence re-instated.