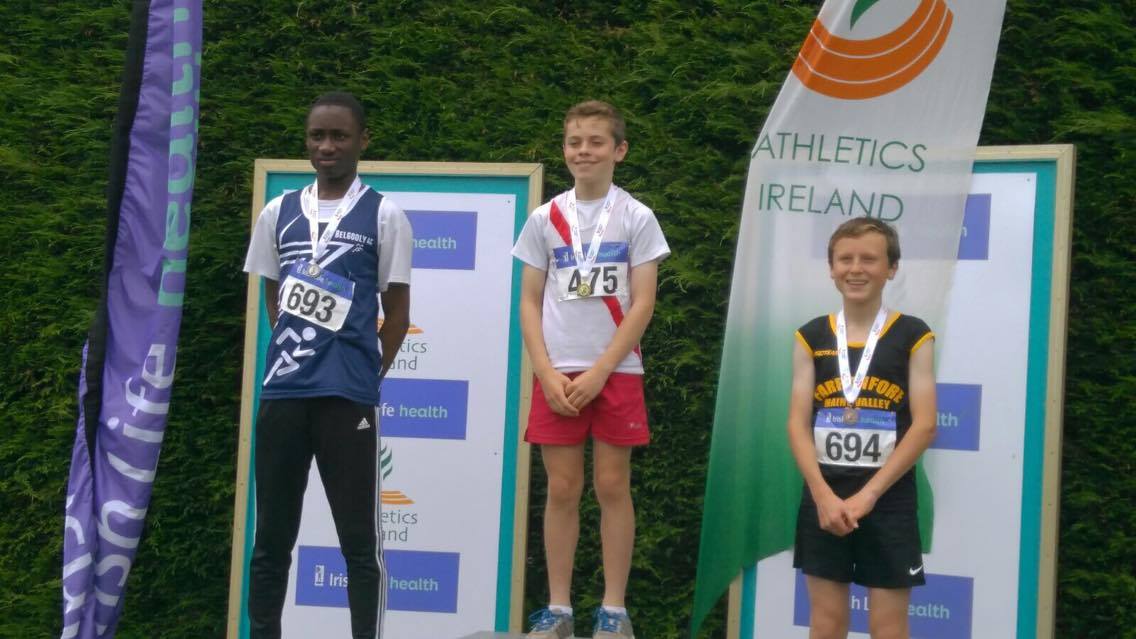 Cranford AC’s Oisin Kelly is bringing the gold back to Donegal once again!

Oisin was the first to cross the finish line in the under 14s 800 metre race at the All-Ireland Juvenile Track and Field Championships in Tullamore today.

This is yet another national medal for Oisin as he has previously won gold in the National Uneven Age Cross Country Championships.

He was also presented with an Athlete of the Year for 2016 award at the Donegal Athletics Board Awards at a special ceremony at the Finn Valley Centre earlier this year.

Oisin also won gold in the All-Ireland U11 Cross Country Championships in 2014.