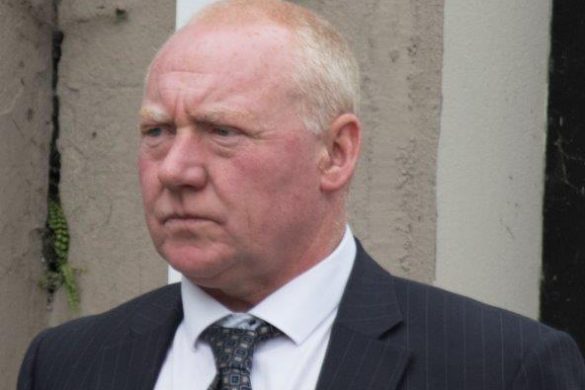 Judge hopes neighbours can ‘live happily ever after’ after shooting incident

A Circuit Court Judge has applied the probation act in the case of a 48-year-old Donegal man charged with assault and discharging a firearm, saying he hopes the two neighbours will be able to ‘live happily ever after’.

Patrick J Friel (48) of Ballynakillew, Churchill, was charged with the offences against farmer Gerard Sweeney on January 3, 2015.

The two men became embroiled in a row over a right of way and the pair came to an agreement at Buncrana Circuit Court over the right of way.

Friel was given the benefit of the probation act by Judge John O’Hagan on the charges of assault and the discharge of a firearm.

The DPP had recommended that Friel be trialled by jury.

Judge O’Hagan said he was applying the probation act ‘in the hope that it diffuses the situation’. The Judge ordered that three firearms belonging to Friel be seized and disposed of.

Judge O’Hagan said: “As they say in Alice In Wonderland, hopefully they will all live happily ever after.

“In light of what has happened, the poison is out of the chalice. In my view, this is the fairest way to discharge the matter.

“It was a very unfortunate affair, brought about in the heat of the moment. A pellet went into Mr Sweeney’s eye and he has had difficulty with that.”

The first was a Section 3 assault under the Non Fatal Offenses Against The Persons Act.

The second was that he did discharge a firearm being reckless as to whether any person was injured or not contrary to Sec 8 of the Firearms Offenses Weapons Act 1990.

Judge O’Hagan said: “Mr Sweeney brought a digger into the land and was preparing what he considered a right of way to which he thought he was entitled.

“He was seen by Mr Friel and Mr Friel saw red. He thought: ‘This is my land. He has no right to do that’. There had been a disagreement before and this led to the final straw. Mr Friel took the law into his own hands. He had a shotgun and discharged a cartridge past the digger and Mr Sweeney was injured.”