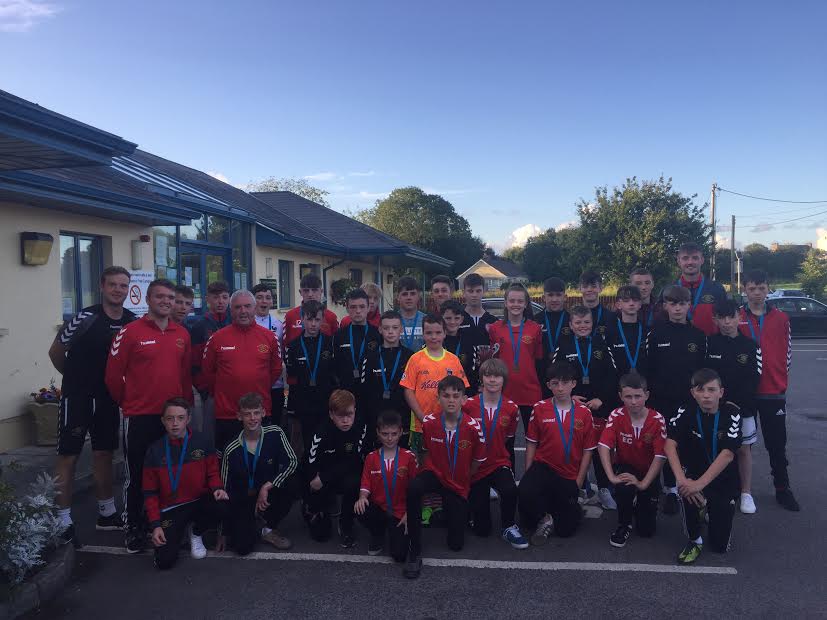 Shane Porter heaped praise on the Kildrum Tigers Under-15 squad after their Galway Cup triumph yesterday.

In the final of the 2002 Premier section, Sean Doherty netted the only goal of the game as the Tigers defeated Glentoran.

It completed a turnaround from last December, when the Glens defeated this Kildrum side in a Cup final.

“It was unbelievable,” Porter said.

“We have a small enough squad, but from one to 14 they were outstanding. We weren’t at our best at the start, but as the week went on the momentum started to build for us.”

Kildrum opened with a 3-2 win over Limerick Desmond on Wednesday when James Kernan, Shane Monaghan and Michael Harris netted.

Harris is to move to Derry City and Porter says they’ll miss the influence of a ‘special’ player in their dressing room.

Kernan and Monaghan scored in a 2-0 win over Mervue on Thursday while Harris, Auryn Coyle, Anton Murtagh, Jason Donegan and a Leon McBrearty penalty earned a 5-1 win over the Mervue 2003s before Doherty’s header brought home the silveware.

Porter said: “We were a wee bit disappointed performance-wise after the first day but from then on it was like a wheel – and it just kept turning and turning.”

“We always say it’s a squad effort. It’s all about the squad.

Kildrum scored 11 goals this week and had eight different goalscorers, while Republic of Ireland underage international Tyler Toland was named as the Player of the Week.

Porter said: “We have put in massive work. We started back on 6th of January and it was five days a week from then to March.

“It’s days like this when you see it was all worth it. We trained at Leafair one night it was snowing and we had 18 out at training – it’s now when we see how much that matters.”

Kildrum’s Under-13s were also in action in Galway and reached the Plate final, where they lost out to Cherry Orchard.