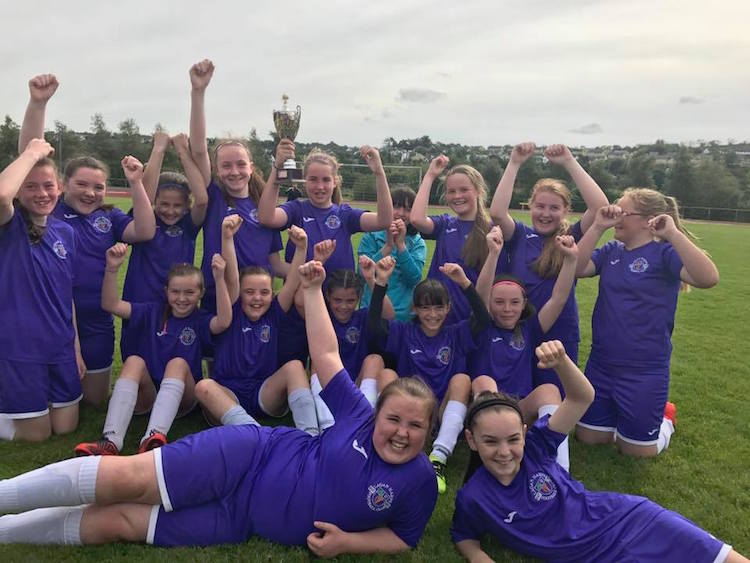 Lagan, Illistrin to fight it out for Donegal Women’s League U12 League title

Leckview Park in Letterkenny plays host to an eagerly-awaited contest this evening as Lagan Harps and Illistrin meet in the Donegal Women’s League Under-12 play-off.

There was nothing to separate the sides during the League campaign and after they were deadlocked a play-off (kick-off 6.30pm) is required to settle the score.

The game is a repeat of Saturday week’s Under-12 Highland Bakery Cup final.

Brid McGinty’s Lagan had the upper hand there with Harriett McCrossan and Erin Doherty on the mark.

Paddy McDaid’s Illistrin, though, might have other ideas come this evening when they’ll look to get one up on their rivals.

The game is a fitting way for an excellent season to draw to a close.